A new path forward for TWDB

On Sept. 1, 2013, the Texas Water Development Board (TWDB) began serving the citizens of Texas under a new management structure with three full-time Board members. Between that time and the successful passage of Proposition 6 on Nov. 5, both the new Board members and agency staff have been hard at work preparing to implement the State Water Implementation Fund for Texas and to respond to other new legislation. Read More

The mayor of Del Rio told San Antonio Water System trustees Monday that his city would use every legal means to block a proposed plan to pipe billions of gallons of water from Southwest Texas to San Antonio. The proposal, made by the V.V. Water Co., would send enough water for more than 150,000 households per year from drought-weary Val Verde County to SAWS by 2018. Red more from SA Express-News.

The Sierra Club’s Lone Star Chapter recently released an updated version of its popular report on desalination of seawater and brackish groundwater and surface water. Desalination: Is It Worth Its Salt? is a basic primer on desalination written for the general public. The report explores the environmental, energy, and economic issues surrounding desalination and provides an overview of desalination activities in Texas. Read More

Understanding Texas Water Planning can be a challenge

With groundwater and surface water treated as two independent water supplies under Texas law, it can be tricky to plan for our future generations. Citizen involvement is essential to achieving fair policy to sustain our water supply, a shared resource. A great place to learn is the Texas Living Waters Project – Tune in.

Environmental leaders call on water board to focus Prop 6 money on conservation and avoid projects harmful to rivers. “The State of Texas has consistently declined to implement common sense approaches to to maintain in-stream flows to the bays and estuaries – to the point where coastal ecosystems are now in peril,” said Annalisa Peace, Executive Director of the Greater Edwards Aquifer Alliance.” Read the story from Environment Texas.

With Colorado River in Trouble, Many Face Sacrifices

As with nearly every beloved Texas river, the 600-mile Colorado River — which flows from West Texas to the Gulf Coast — is under serious threat. Drought and surging population growth have taken their toll on the water’s flow and its wildlife and, by extension, the farmers and fishermen who rely on it. Learn more from the Texas Tribune.

The Future of San Antonio: Water and Energy Needs Meet Land Use Planning

In her recent contribution to the Rivard Report, Amy Hardberger explains, “The success of the city depends on a plan that includes all aspects of planning including water and energy needs within a land use context. A city cannot predict demand of resources before first determining who it will service, which is dependent on land use decisions.” This is true over the entire Hill Country region, especially beyond the city limits where counties don’t have any land use planning tools at all. Read Amy’s article here.

On September 26th LCRA submitted a request to TCEQ to seek emergency authorization to allow them to diverge from their Water Management Plan and suspend river flows to Matagorda Bay. Learn more from TexasLivingWaters.org.

A message to the New Texas Water Development Board

Concerns About a Shrinking River Are Beginning to Heat Up

The struggle over water management of the increasingly dry San Saba may not be new, but the debate over whether the irrigators upstream need to be monitored more closely has heated up this summer. Read more from NY Times.

Why Should I Care About The Cost Of Tap Water?

Texas faces huge spending decisions to meet water supply challenges. All of us need to be aware of the possible implications of big infrastructure expenditures and ask the right questions to ensure that utilities and decision makers make the best decisions. HCA supports conservative solutions to meet future needs verses expensive plans to create new demand further from our cities and towns. Read Jennifer Walkers most recent blog here.

A Sustainable Water Plan for Texas

As with any major public policy initiative, the devil is in the details. So, what does HB 4 do and what can we expect to happen over the next few years? More from Texas Center for Policy Studies here.

After Rice Farmers Cut off Last Year, Water Use Cut in Half in Central Texas

A great illustration from State Impact of the change in water use with rice farmers cut off last year. Municipal use is now a much bigger piece of the pie, but how much of that 47% is used for watering lawns? Read more from State Impact here. Also, a telling report from Native American Seed about water conservation and taking care of your land. The TCEQ will conduct a public meeting regarding the LCRA water management plan on June 26th.

Texas’ environmental agency is putting the brakes on a long-term plan for managing Central Texas’ main water supply, saying Monday that the managers of the Highland Lakes may not be adequately accounting for the kind of drought now affecting the region. More from Statesman.com.

“The latest version of the LCRA Water Management Plan (WMP), which the TCEQ released for public comment on April 15, 2013, still raises serious concerns.” For example, recent years’ data indicates the average inflows have significantly decreased but the plan still uses data from past assumptions. “Average inflows of 1,200,000 AF are assumed as compared to the recent five year average of 450,000 AF.” Read the full list of recommendations from CTWC.

The San Antonio Water System has stopped drawing water from Medina Lake and shut down its treatment plant on the Medina River because of problems with the quality of the lake water. More from SA Express-News.

The recent federal court opinion holding the Texas Commission on Environmental Quality (TCEQ) accountable for the deaths of 23 whooping cranes because of inadequate freshwater inflows to San Antonio Bay has generated a lot of concern and discussion. Read More

Texas’ Water Future: What if it isn’t there – or it’s too costly?

Seeing our legislature taking a good, long and hopefully, logical look at our State Water Plan and its financing is hopeful. But going for the big, expensive and glamorous water projects will often cause more problems and not reduce our appetite for what is now more precious than gold, oil or gas—water. Read more from Mike Mecke in Ranch & Rural living here.

A new water dialog has been launched www.waterblogue.com. “The stock in trade of water conservation programs practiced by cities and other water supply entities only tinkers around the margins of the basic water management infrastructure system; they do not attempt to fundamentally alter that system…what we need, if we are to approach sustainable water, are dependable, enduring long-term savings that are inherent in our water management processes. To get there, we need to get more deeply into how we manage water, and to fundamentally reform those processes.” Read More

With drought persisting and pressure from customers, LCRA likely to cut off rice farmers in 2013

Frank Harren, a commercial Realtor who serves on the LCRA’s Travis/Austin Regional Council, an advisory board, calculates that lakes Travis and Buchanan now have 28 months of water if recent trends continue. “Releasing water to the rice farmers would shave five months from that total,” Harren said. More from Statesman.com. 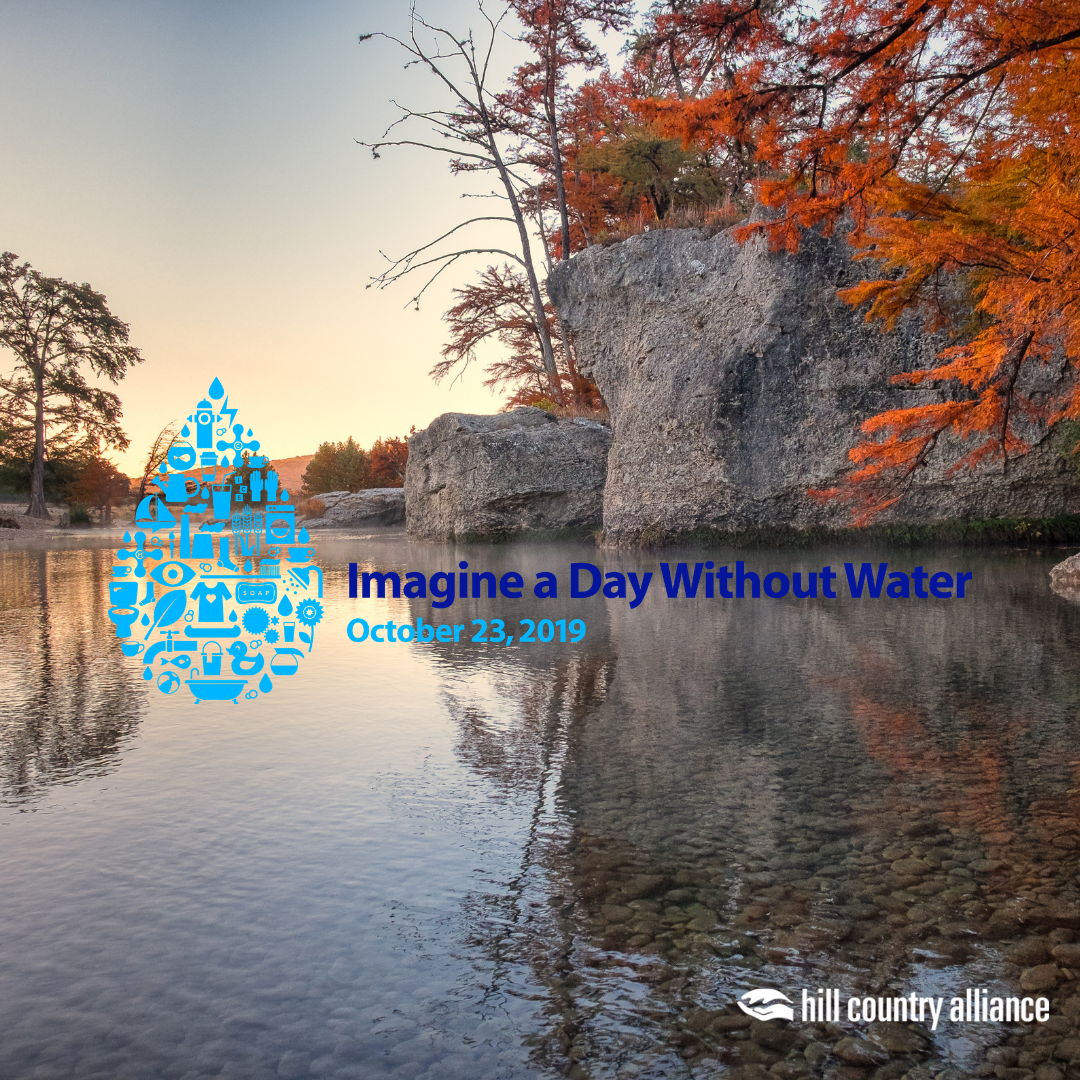 We say “Imagine a day without water,” but in the future this could be a reality we face
Did you know that the State Demographer estimates 250 people a day (yes, that's every… 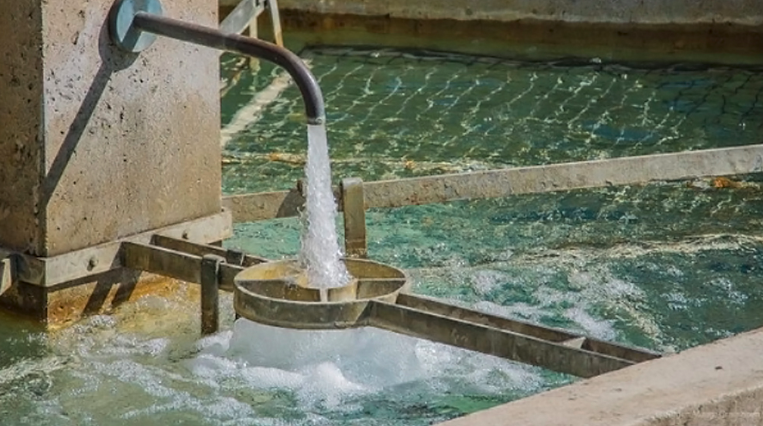