The Blanco City Council soon will be asked to consider a complete revision of the city’s outdoor lighting ordinance. The revision, still in draft, will address perceived deficiencies in the city’s current ordinance that has been in effect since February 2006, when it was adopted as part of the Blanco’s Unified Development Code (UDC).

“The proposed revision addresses many of the ambiguities of the current ordinance and will ensure that our local outdoor lighting will no longer shine upward to pollute the night sky,” Wayne Gosnell, local night sky preservation advocate. “It will also reduce dangerous glare and minimize light from fixtures on one property from intruding onto another person’s property.”

Night sky preservation has long been a priority for the citizens of Blanco. It was identified as a major community goal in a series of Visionaries in Preservation (VIP) Town Halls conducted in 2007, and subsequently became part of Blanco’s approved Historic Preservation Action Plan. Resolutions supporting night sky preservation have been adopted by the Blanco County Commissioners Court and the Board of Directors of the Pedernales Electric Cooperative… Read more from Hill Country Passport 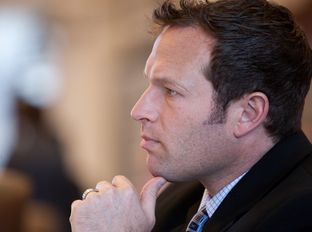 Hays County Water Fight Tumbles Into Committee
A volley of legislation launched by state Rep.Jason Isaac to stop a controversial groundwater project in…
Texas was the second most popular state for relocation activity in 2018; Californians moving to Texas increased 36.4%
Texas ranked second in the nation for relocation activity in 2018, according to the 2020 edition…
Utility agency pursues water rights
"With the Feb. 24 approval of Bee Cave City Council and Hays County Commissioners Court,…
Get Involved
Donate
Subscribe
Shop
Upcoming Events