Groundwater withdrawals may be the cause of disappearing streams in the mid-west (and here!)

Keith Gido, professor of biology, and Josh Perkin, a Kansas State University alumnus, recently published “Groundwater declines are linked to changes in Great Plains stream fish assemblages” in the Proceedings of the National Academy of Sciences. The research maps the loss of stream habitat for many small fish in the Great Plains region and attributes it to declining groundwater sources.

“This is one of the first examples that links groundwater depletion to changes in the biotic communities of the river,” Gido said. “We’ve lost more than 350 miles of stream in the last 65 years because of a reduction in the groundwater, and we expect we will lose another 180 miles of stream by 2060.”

According to the research, the reduction of the region’s streams is changing the fish community. Several species of fish that were once plentiful in the Great Plains and serve an important role in the food web are no longer found in the area… Read more from Science Daily 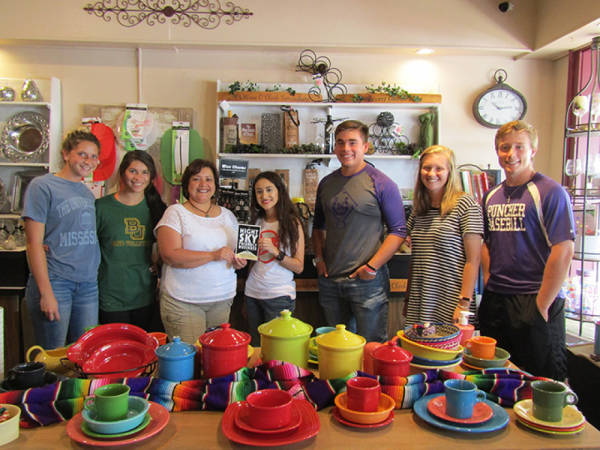