Keeping Houses Out of Texas Floodwaters Could Cost Billions

Back on May 26th, Houston woke up to flooded freeways and neighborhoods as bayous overflowed their banks. In the Texas Hill Country, homes and bridges washed away and levees broke.

But super-heavy rainfall is nothing new in Texas and in fact, it was years earlier that experts had warned that the state was doing dangerously little to minimize flood damage.

“We gave flood control the grade of D,” said Curtis Beitel, president of the Texas chapter of the American Society of Civil Engineers.

For years, they’ve been giving Texas bad grades for what they say is far too little spending on projects to reduce flood damage like channels, detention ponds, and levees. The Texas Water Development Board estimates there are nearly $14 billion dollars in such projects needed statewide… Read more from State Impact 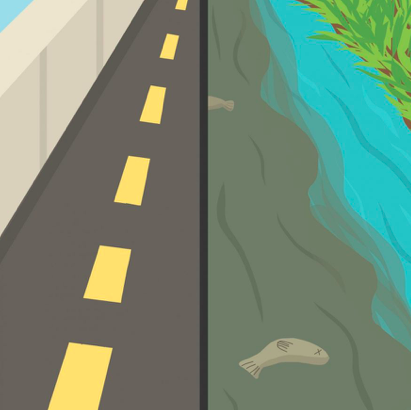 Opinion: Hays County’s watersheds are under attack
It is undeniable—the Austin area is booming. More people have moved to Travis County and…
Get Involved
Donate
Subscribe
Shop
Upcoming Events