May 18 in Junction: Texas Water Symposium – Economic and Conservation Perspectives on Protected Species

The second Texas Water Symposium of 2016 has been set for May 18th at the Llano River Field Station at Texas Tech University in Junction.  The program will feature a conversation between leading biology experts about endangered species on the Hill Country’s rivers.

The symposium, “Economic and Conservation Perspectives on Protected Species: If you can’t cook ‘em, eat ‘em or shoot ‘em, what the heck good are they?”  will take place from 7 pm to 8:30 pm on Wednesday, May 18 in the Packard Hall North building at Texas Tech Junction, Junction, TX. The Texas Water Symposium is free and open to the public. Parking is available on campus. Download Flyer

Texas Tech University and the Hill Country Alliance have gathered a highly qualified group of endangered species policy makers and scientists to explore the various aspects of how and why we protect our endangered species.

The Symposium will be moderated by Weir Labatt, former Texas Water Development Board and Edwards Aquifer Authority board member.

The Hill Country’s biological diversity is under tremendous pressure from increased population, development and land fragmentation. Endemic species that call Texas home are under strain from reductions in natural habitats, increased environmental pollution, and invasive species.

State and federal agencies, researchers and conservationists expend resources in an effort to protect and sustain our state’s native creatures not only for their long term prosperity, but for ours as well. Biologists recognize that as biodiversity declines as a result of environmental degradation, there may be unforeseen negative implications for the human populations that call Central Texas home.

Texas is one of the nation’s most biologically diverse states, and home to one of the world’s largest economies. In addition to state and federally recognized endangered species, the Texas Parks and Wildlife Department has identified over 1,300 species of greatest conservation need—those species that, due to limited distributions and/or declining populations, face the threat of extirpation or extinction but lack legal protection. Millions of dollars of state and federal grants are available to support landowners in stewarding important habitat and permanently protecting open spaces.

Please join our panel of experts as they explore the history and practical application of endangered species protections in the Texas Hill Country and beyond, and seek to answer the question, “What are the consequences of not protecting rare or declining species?”

For nine years, the Texas Water Symposium series has brought together policymakers, scientists, water resource experts, landowners and regional leaders to explore the challenges and complexities of managing water in Texas. The sessions are free and open to the public, and are recorded and aired on Texas Public Radio one week later. The Symposium is a partnership project of Schreiner University, Texas Tech University, Texas Public Radio and the Hill Country Alliance.

Listen to past shows online.

To stay informed about future programs, subscribe at www.hillcountryalliance.org. 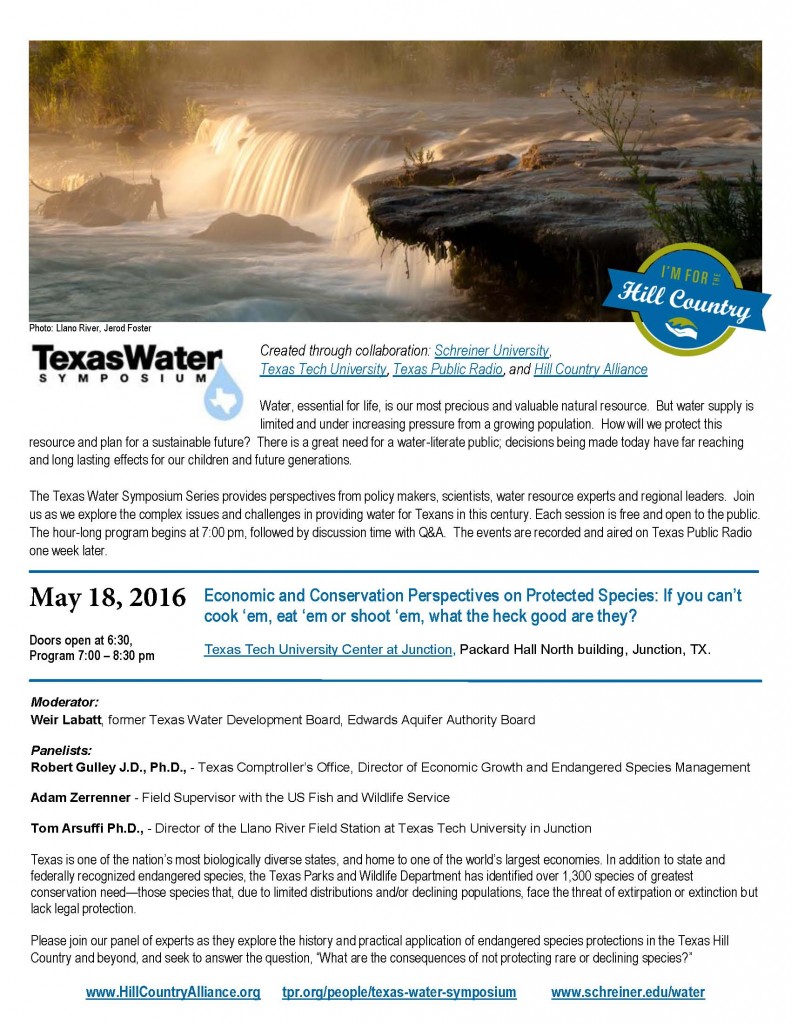 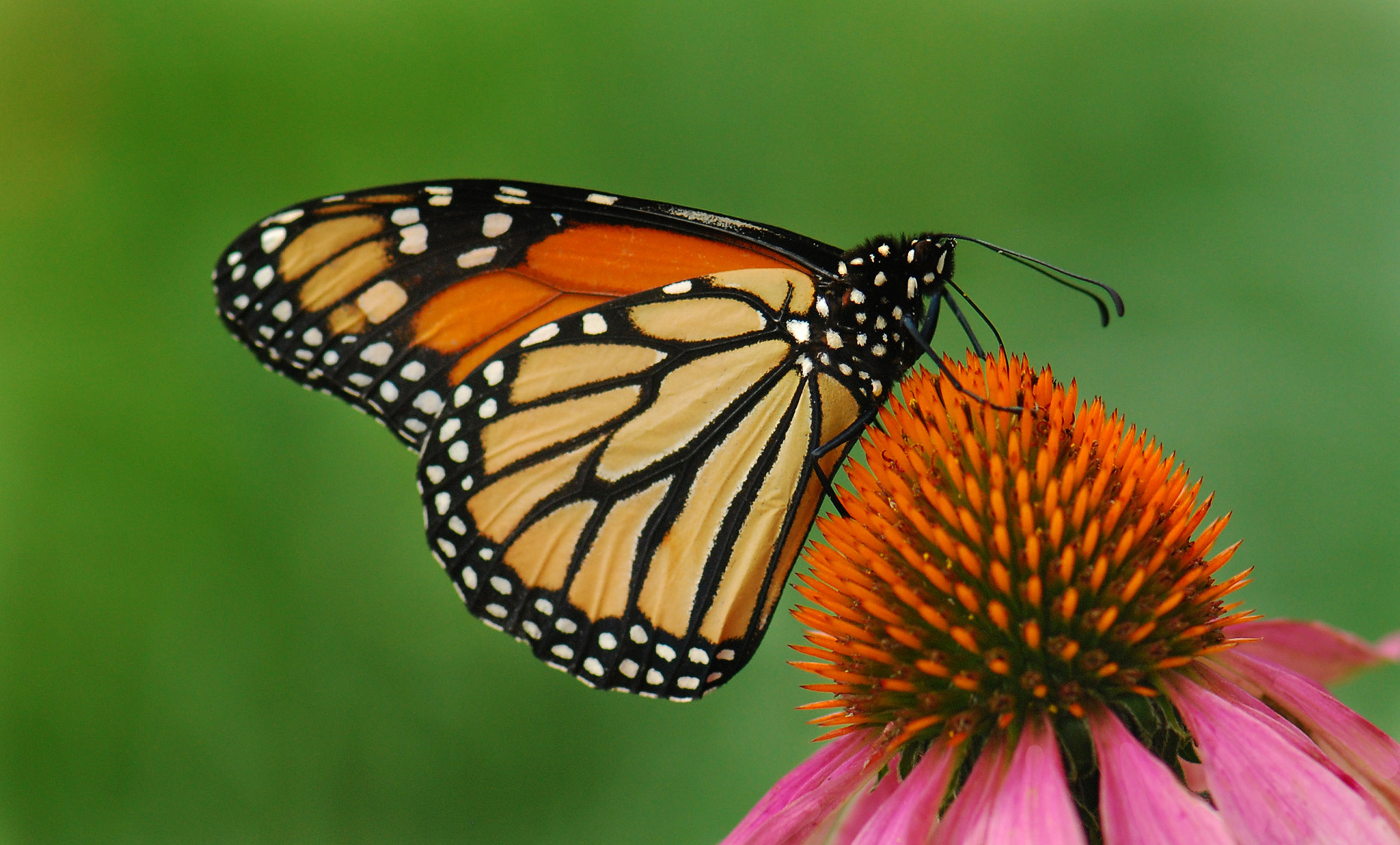 Monarch butterfly gets protection in ‘historic’ deal
The Fish and Wildlife Service today unveiled a sweeping, multistate plan to protect the monarch… 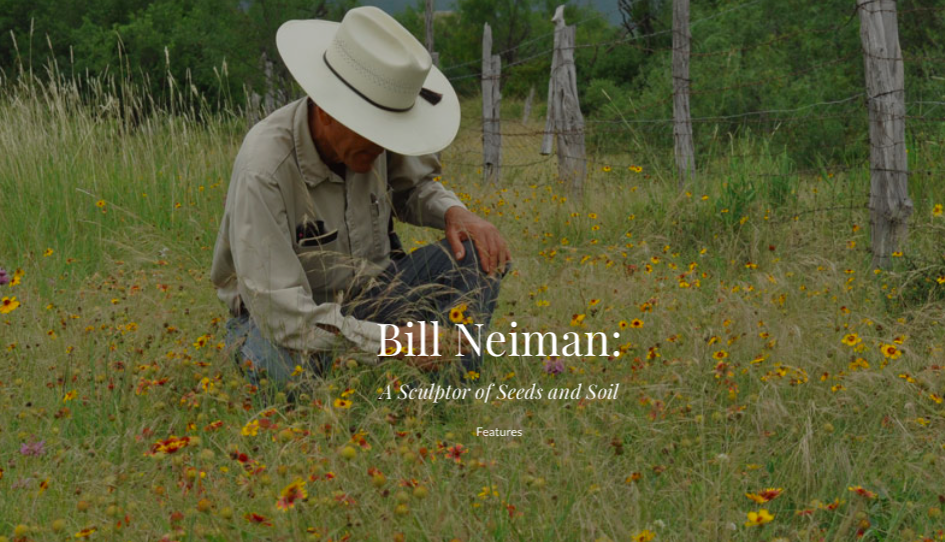 Bill Neiman: A sculptor of seeds and soil
A sculptor molds, carves, shapes, and ultimately creates. They may work in different media and…
Get Involved
Donate
Subscribe
Shop
Upcoming Events