Opinion: Vote ‘No’ on pipelines in Texas in coming elections

Another pipeline battle is raging in our backyards. With a major election cycle churning, Texans have the chance to vote out fossil fuel protectors and imagine a new environmental future.

The Permian Highway Pipeline, or PHP, has captured fewer headlines than other contentious projects, such as the Keystone XL and Dakota Access pipelines. However, those concerned about water quality in Texas and those demanding a decisive shift away from reliance on oil and gas must keep their sights on the PHP.

Slated to transport natural gas, the pipeline will cross the precious Trinity and Edwards aquifers, as well as wildlife habitat and residential areas. In fact, the city of Austin’s Watershed Protection Department recently commented there is “little publicly-available information about the PHP.” No wonder the fight simmers rather than boils.

But there is much we do know. The pipeline is a partnership of Kinder Morgan, EagleClaw Midstream and Apache Corp., and is estimated to cost $2 billion. It will begin in the Permian Basin near Fort Stockton and run through the Hill Country to Katy.

The Permian is a hotbed of natural gas extraction: Almost 10 billion cubic feet was extracted per day during the first six months of 2019. Pipeline construction continues apace because extractors continue to ramp up production. ExxonMobil has promised to triple oil and gas extraction in the Permian by 2025. Our pleas to “keep it in the ground,” to reduce demand for energy and consumer goods, and to support a renewable energy future are falling on closed ears at the corporations whose fossil fuel profiteering is staggering.

One of the key ways to contest projects such as the PHP is by staging protests at construction sites. However, protesting has been seriously curtailed by a law the Texas Legislature just put in place. House Bill 3557, known as the Critical Infrastructure Protection Act, turns activities that impair or interrupt oil and gas operations into criminal offenses. Protesting pipeline construction can land someone in jail for up to two years; damaging or destroying oil infrastructure has punishments of up to 10 years. HB 3557 is a direct attack on peaceful protest and especially on the indigenous rights groups that have fervently fought pipelines as water protectors.

Please Share This
Related Articles
2011 Water Quality News
December 28, 2011 Dangers of fracking still becoming clear The word "fracking" may sound funny,…
Humans at fault for many nuisance species spoiling state’s environment
We should have our hands slapped over some of the things we’ve done in this… 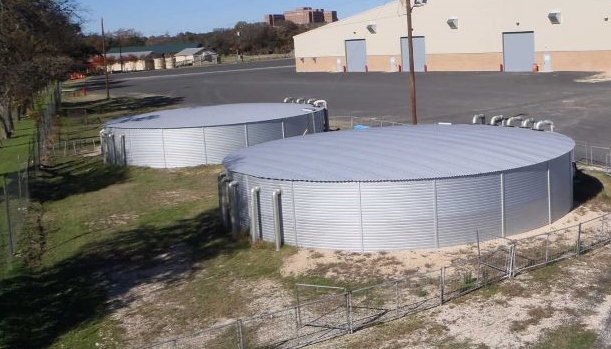