They first started appearing in West Texas, where the wind howls through oil rigs. Then it was the Panhandle, and small towns along Interstate 20, like Sweetwater, where cattle farms have given way to giant, white spinning blades.

Now the wind turbines are getting closer. Too close, in the minds of many of the 4,000-some people who live in and around Mason, about two hours northwest of Austin in the northern reaches of the Texas Hill Country.

An Italian-owned energy company, Enel Green Power North America, has leased thousands of acres of land atop a ridge that looms above Mason’s rocky outcroppings mixed with cactus and live oak. So far, it’s all preliminary, a company spokeswoman says. No details to report… Read more from Statesman.com 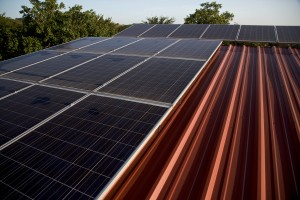