Are Central Texans ready to drive less so that we can become a more sustainable region? Well, about half of us are, suggests a recent survey by the Capital Area Metro­pol­itan Planning Organization. Read full Austin Chronicle article here.

The toll road twin to Interstate 35, once the centerpiece of Gov. Rick Perry’s Trans-Texas Corridor plan, is officially dead, the Texas Department of Transportation announced Tuesday. The department, which has spent years and millions of dollars on an environmental study of the corridor between Dallas and San Antonio, will recommend to the Federal Highway Administration that no action be taken on the proposed road. Read full Statesman.com article here.

Prospects are bleak for SH 45 SW

Arguments for the construction of State Highway 45 Southwest (SH 45 SW) are developing cracks even before the first yard of concrete is poured. Precinct 3 County Commissioner Karen Huber, while saying that she still favors the roadway, pointed out some of the problems in a speech before the Oak Hill Business and Professional Association last week. Read full Oak Hill Gazette article here.

Tell CAMPO how you would prefer Central Texas to invest in the regional transportation system.

TURF, Texans Uniting for Reform and Freedom, gives the play by play of transportation legislation maneuvering through the House and Senate and finally the death of HB 300

It was messy, and full of drama, but the grassroots, with the help of infighting among lawmakers over the “local option” gas tax hike, managed to slay a beast of a bill that would have unleashed horrific provisions upon Texans for GENERATIONS to come. Read full TURF article here.

The two-year “sunset review” examination of the Texas Department of Transportation (TxDOT) is nearing critical decision points at the State Capitol with key legislators expressing determination to make the agency more efficient and receptive to the public. Members of the Sierra Club Lone Star Chapter’s Transportation Committee have been active in the process, presenting recommendations earlier to the Sunset Advisory Commission and recently to House and Senate committees reviewing the bills that would continue TxDOT as an agency but with certain reforms. Under the sunset review process adopted in 1977, the Legislature periodically examines state agencies and must adopt renewal legislation or let them die. In effect, the process has eliminated only a few small agencies but has helped reform even the largest ones. Read full Sierra Club, Lonestar Chapter report here.

“What is being described today as a crisis in Texas transportation funding actually presents a great opportunity for Texas leaders and citizens to revamp our transportation system to provide a comprehensive approach to improving the mobility of Texans in an environmentally sound and energy efficient way. Now is the time to commit to a dramatic expansion of mass transit in and between Texas cities, enhanced bicycle and pedestrian mobility, and promotion of clustered development to make it easier to address our transportation, energy, and air quality challenges. Roads will continue to be part of our transportation system, but we also need more commuter rail, light rail, freight rail, and other modes to have a true transportation system that will meet the needs of Texas in the 21st century.”

“An overwhelming majority of Americans believe restoring existing roads and bridges and expanding transportation options should take precedence over building new roads, according to a survey sponsored by the National Association of Realtors® (NAR) and Transportation for America,” reports NAR. “To accommodate future U.S. population growth, which is expected to increase by 100 million by 2050, Americans favor improving intercity rail and transit, walking and biking over building new highways.” Read the full story here.

“The Greater Austin San Antonio Corridor Council wants to see a study conducted on possible improvements along the US Highway 281 corridor between San Antonio and Lampasas,” reports the Austin Business Journal. “Ross Milloy, president of the corridor council, said the counties along the 281 corridor, particularly Blanco and Burnet, have experienced tremendous population growth. That growth and the resulting increase in traffic have contributed to increased vehicular fatalities that are higher than the statewide average, he said.” Read the full Business Journal story here.

“Thanks to the U.S. Congress, [Central Texas]’s 25-year transportation plan is also about to get a dose of authenticity in its next rewrite, a change that could force many projects onto the cutting-room floor,” writes Ben Wear for the Austin American-Statesman. “Given this culling, as well as a push by activists to tie road planning to growth patterns, the new edition of the long-range plan may have shed some of its obscurity by the time the Capital Area Metropolitan Planning Organization board votes in June 2010.” Read the full Statesman story here.

CAMPO needs your input on its Transportation Improvement Program survey

The Capital Area Metropolitan Planning Organization (CAMPO) is asking for opinions from Central Texans on making amendments to its Transportation Improvement Program. The survey is open until February 13. Click here for more information on the amendments then click here to complete the survey.

“The announcement by TxDOT Executive Director Amadeo Saenz at the Texas Transportation Forum that the ‘Trans Texas Corridor, as it was originally envisioned, is no more,’ is just another in a series of comments to lead opponents into believing the Trans Texas Corridor is indeed dead,” writes Terri Hall for Texans Uniting for Freedom and Reform. “TURF believes this is a deliberate move to dupe opponents into complacency, and we expect iron-clad action before we begin celebrating victory.” Read this story and more recent news at TURF’s Web site. 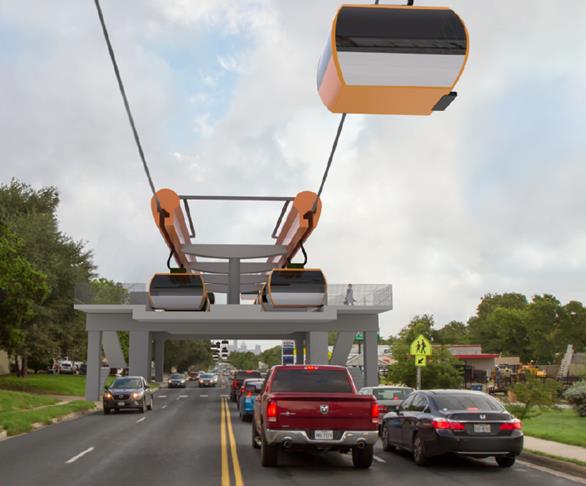 Proposal for urban gondola system in Austin will not move forward
The plan to build a gondola cable car system in Austin, in what would have…
Lone Star Rail kicks off environmental study
A decade-old project to build a passenger rail line between the San Antonio and Austin…
Plans for Texas 45 Southwest bring quest to document historical sites
"Environmentalists eye the proposed road’s path over the Barton Springs segment of the Edwards Aquifer.…
Get Involved
Donate
Subscribe
Upcoming Events