Pay attention to this reminder of how drought and growing water demands have sapped the Colorado River (the other Colorado River) and its huge reservoirs. Click here

13 seek to bring water to city

By Friday’s deadline, 13 potential sellers responded to San Antonio Water System’s request to help diversify its water sources. With the new approach, water sellers would compete to do the work — obtain pumping permits and pipeline easements, financing construction and, in some cases, work to change state law to allow for a pipeline to be built. Read full San Antonio Express article here.

Long reliant on one source of water for much of Central Texas, the Lower Colorado River Authority will study alternate sources to meet future demands of the growing region, according to a plan the authority’s board approved Wednesday. Read more from Statesman.com here.

While the establishment of water districts to cover the entire state may be boiling over with some municipalities, a $21 billion shortfall in the state’s budgeting is likely to curtail any serious reform measures. Read full Lake Travis View article here.

Hoping to broker a massive deal that would send water from beneath counties east of Austin in a $400 million pipeline to San Antonio, the general manager of a Central Texas river authority has asked the region’s chief private water developers to convene in Seguin on Friday. Read full Statesman.com article here.

Watershed health important for all Texans

A Texas Watershed Steward training program will be held from 8 a.m.- 4 p.m. Sept. 21 at the Utopia Senior Center on Main Street in Uptopia. The program is sponsored by Texas AgriLife Extension Service and the Texas State Soil and Water Conservation Board in coordination with the Nueces River Authority. Details

An intensive process to plan out the maximum depletion of aquifers over the next half-century has been completed just ahead of the Sept. 1 deadline. Read full Texas Tribune article here.

The board of the San Antonio River Authority has come out against the state lowering water quality standards for any of the creeks and rivers it oversees. Other Hill Country river basins are looking at this issue carefully. Sign a petition supporting high standards and learn more here.

State Representative Doug Miller and TWDB Board Member Thomas Weir Labatt III will headline the fall meeting of the Texas Water Conservation Association (TWCA), scheduled for October 13-15, 2010, at the Crowne Plaza Riverwalk Hotel in San Antonio. The program will also include numerous presentations on surface and groundwater management. Registration information and a full agenda should be available on the TWCA website by mid-August.

Domestic use of Highland Lakes water

Ray, who has a weekend place on Lake Buchanan, waters his lawn by pumping water from the lake.” LCRA is asking property owners to pay up. Read more from Water Matters.

Rodney Smith’s pitch to the Uvalde City Council this week was all about water, but the reception seemed more like the kind you’d see extended to a carnival hustler trying to engage the local citizenry in a game of Three-Card Monte. Read full San Antonio Express article here.

There was standing room only at the Uvalde City Council meeting as citizens crowded into council chambers to hear about the Uvalde Water Project pipeline. Southwest Texas Water Resources wants to construct a 67-mile pipeline from Uvalde County to San Antonio to transport Edwards Aquifer water. City Council says “no”. Read more here.

Texas Parks & Wildlife magazine’s ninth annual water issue is on the news stand now and is a useful resource to engage readers with current water issues that affect their lives. The full text of the issue is also available on the magazine’s website.

Playing By The Rule

“Groundwater is covered by an archaic law that could leave use high and dry.” Read the full article by Nick Patoski, Texas Observer here.

The Center for Watershed Protection has been collaborating with the US Geological Survey’s Effects of Urbanization on Stream Ecosystems research group to help interpret and disseminate the study results to local watershed managers and planners so they can base land use and management decisions on the best available science. Read more.

What is the economic loss to Wimberley if water flow or quality declines in Cypress Creek? What is a CCN? Rainwater harvesting and water conservation tips…this newsletter is a must read for everyone in Hays County and those in the Hill Country Region who would like to learn about the importance of watershed based planning. Click here for more.

EDF hosts “Texas Water Solutions” an informative blog for citizen participation in state water planning processes. A torrent of draft regional water plans have flooded the state this spring, as a part of the state’s regional water planning process. Public hearings and public comment periods on these draft plans present critical opportunities for Texans to let planners know their opinions about how best to meet the future water needs of people and the environment in your area. Visit the blog for more information.

Water suppliers may need to consider the health of mussels

The U.S. Fish and Wildlife Service may decide by the end of the year whether 11 species of mussels are endangered. If the answer is yes, the state’s river authorities might have to recalculate how much water they can distribute to industry, farmers and growing cities and still leave enough in Texas’ already stressed rivers to keep mussels healthy. Read full Statesman.com article here.

Protecting a precious resource: Good to the last drop?

Billionaire T. Boone Pickens wants a court to derail state approval of a water management plan that he claims would take $10 million off the value of his groundwater rights in the Texas Panhandle. Read full Statesman.com article here.

In a move that it says will save money and is a practical strategy for monitoring the state’s waterways, the Texas Commission on Environmental Quality has proposed loosening its water quality standards. Read full Statesman.com article here.

Texas Water Matters is an outstanding resource on all things related to water planning in Texas. The site is full of current information on all water planning processes. Recently the project added new features to their website illustrating the “interconnectivity” of surface and ground water supplies. Check out theLiving Waters Project and specifically the latest material on interconnectivity here.

Perhaps the timing isn’t best (the drought has lifted and attention has drifted elsewhere) but the National Wildlife Federation and the Sierra Club released a report this week on water conservation efforts in nineteen Texas cities. As the two groups note, the “quality and extent of water conservation programs in Texas’ cities vary considerably.” Read full Texas Observer article here.

The National Wildlife Federation and the Lone Star Chapter of the Sierra Club released a joint report today recommending seven common-sense water conservation measures. The report reviews 19 cities around the state to see where these measures are in place and concludes that, with some exceptions, most of the cities surveyed are not doing enough to make the most efficient use of existing water supplies. Read more…

The board of the Edwards Aquifer Authority on Tuesday moved toward limiting development over the entire recharge zone of the aquifer from Hays to Uvalde counties. Controlling the amount of impervious cover, or the square footage of parking lots and roofs, on top of the recharge zone is a step the authority has contemplated since 2003 to protect water quality. Read full SA Express article here.

Now is the time to let LCRA know your ideas for managing the water in the Highland Lakes. Meetings will be held in Austin, Burnet and El Campo, you can also provide input in writing or take an online survey. Learn more… 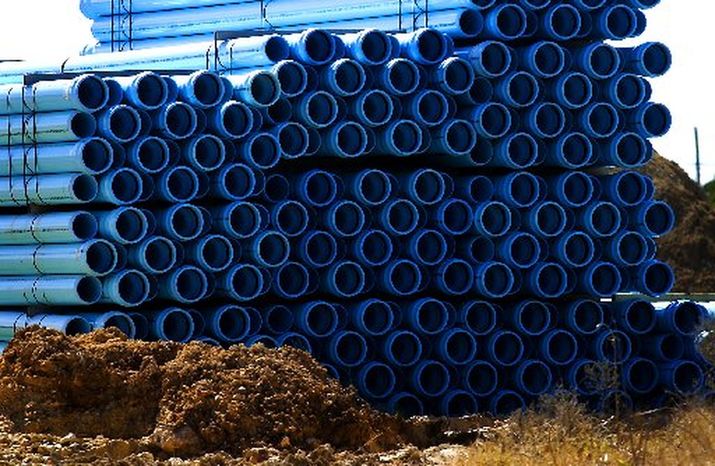 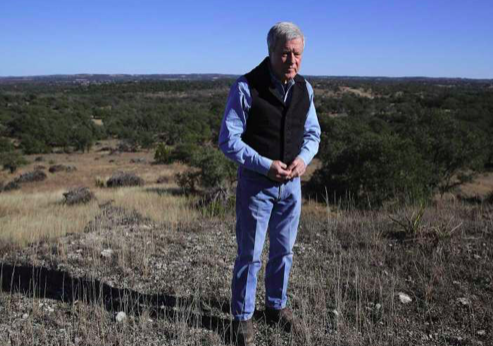