The canary is in the coal mine and he’s thirsty. Without thoughtful stewardship, public treasures such as Jacob’s Well, Hays County’s historic perennial spring, as well as the private legacies of the many unnamed springs feeding Block Creek on Kendall County’s historic Hillingdon Ranch could stop flowing forever. Read full Statesman.com commentary by David K. Langford and David Baker.

Draft Water Plan Says Texas “Will Not Have Enough”

Draft Water Plan Says Texas “Will Not Have Enough” “The primary message of the 2012 state water plan is a simple one,” the introduction states. “In serious drought conditions, Texas does not and will not have enough water to meet the needs of its people, and its businesses, and its agricultural enterprises.” Read full Texas Tribune article.

The Texas Water Development Board has posted the 2012 State Water Plan in draft form for public review and comment. This is your opportunity to provide input to the State of Texas about the future of our water resources. An email option makes it easy to send comments. Several public meetings will be held to gather input including October 3rd in San Antonio followed by a formal public hearing in Austin on October 17th. Learn more from TWDB.

Groundwater Districts lowers tax rate to a penny per $100 valuation

In these times of severe drought and water shortages, it’s hard to believe that Travis and Comal Counties still have not formed Groundwater Conservation Districts (GCDs) like the rest of the Texas Hill Country. One reason is that some people fear a new tax. Last week in Burnet County, the GCD voted on a lower new tax rate, only one cent ($0.01) per $100. Learn the myths and truths of GCD’s.

Kendall County Commissioners Court gave their consent to the declaration of a local disaster by County Judge Gaylan Schroeder during their regular meeting Monday, giving the Kendall County Sheriff’s Department, constables and the county attorney authority to assist the Cow Creek Groundwater Conservation District in detecting and prosecuting violators of groundwater use restrictions. Violators can be fined up to $1,000 or confined in the county jail for up to 180 days. Read full Boerne Star article here.

Population in the Hill Country is projected to continue to rapidly increase, thus the number of folks threatened by a serious water shortage also will increase. Perhaps the only benefit might be that residents of the Texas Hill Country would create a long-term plan to prevent such situations from occurring in the future. It will take many people working together to achieve this goal. Read full SA Express article here.

No Watering in Fredericksburg Mon – Fri

Coming off its driest January-June period in 49 years — and with still no rain in sight — the City of Fredericksburg is this week implementing Stage 4 water rationing to limit outdoor watering to just one day a week. Read more from the Fredercksburg Standard here.

Read this alarming news report – Travis County is one of just a few areas recognized with critical groundwater issues and yet wells continue to be drilled without permitting or oversight. Read more about the lack of a groundwater conservation district in Western Travis County here. More on Hill Country Groundwater resources here.

With little prospect for rain in the foreseeable future, additional reductions in pumping from the Edwards Aquifer appear to be imminent, according to information presented Tuesday to the Edwards Aquifer Authority Board of Directors during its monthly meeting. In a report to the board, Authority staff indicated that soaring temperatures and the continued lack of rain are likely to result in further drought-induced pumping restrictions for Edwards Aquifer users across the region. Read more

At their June 13th, 2011 Board Meeting, the Cow Creek GCD’s Board of Directors moved from Drought Stage 4 – Severe Drought to Drought Stage 5 – Extreme Drought. General Manager Micah Voulgaris recommended the move, citing the lack of rainfall, historic lows in several of the District’s monitor wells and the extremely low stream flow levels in the Guadalupe River. here.

Water Policy in Texas Legislature Rode on One Word

With the Big Dry upon us, the longstanding fight over the water percolating under the surface in nine major and 20 minor underground aquifers was bound to get contentious before the end of the 82nd legislative session. And it did, at least for a while, because of a single word. Read full Texas Tribune article here.

The adopted Desired Future Conditions for our aquifers will cause the Colorado River to lose its base-flow by 2060. Environmental Stewardship illustrates this point and introduces “Project Game-Changer” Learn more

The water in the San Marcos River and Barton Springs may be more closely related than previously thought. It’s long been believed that an underground divide separates the water flowing from two springs, but a new study has found that’s not always the case. “The assumption was whatever happens in the San Antonio segment of the Edwards Aquifer doesn’t really impact what’s going on at Barton Springs and vice versa,” Todd Votteler with the Guadalupe-Blanco River Authority said. “But the study shows that’s not necessarily true during these really serious droughts.” Read full YNN story here.

Groundwater Depletion is Detected from Space

Scientists have been using small variations in the Earth’s gravity to identify trouble spots around the globe where people are making unsustainable demands on groundwater, one of the planet’s main sources of fresh water. Read more from the New York Times here.

In Texas oil and gas is definitely still king, and nowhere is that more evident than in South Texas, where the Eagle Ford shale play is making money hand over fist for many fortunate landowners. However, as wonderful as that income may be, rarely do such treasures come without at least some give and take, and mostly it’s give on the part of the landowners. Read full Livestock Weekly here.

Citizens petition for an election to affirm or reverse the Hays Trinity Groundwater Conservation District decision granting a permit to Wimberly Springs Partners, owners of an active golf course in the city of Woodcreek and undeveloped acreage in Woodcreek North. Read more from the Citzens Alliance for Responsible Developement.

The PGMA designation is given when critical groundwater shortages are expected – and to recommend some action to manage groundwater. Western Travis absolutely should remain in the PGMA and strengthen groundwater management, not ignore it. Statesman Article here.

The Texas Senate passed a much-discussed piece of groundwater legislation, voting 28-3 to approve a bill stating that landowners in the state have a “vested ownership interest” in the groundwater beneath their land…Texas Tribune report.
More on SB 332.

The Wimberley Valley Watershed Association has filed a Petition Appealing the 30’ Desired Future Condition (DFC) Drawdown Set by Groundwater Management Area 9 (GMA-9) for the Trinity Group Aquifers in Hays County and is calling for the Hays Trinity Groundwater Conservation District (HTGCD) and GMA-9 to determine the 30’ DFC as unreasonable and unsustainable. Read more

A report released last month by the Guadalupe-Blanco River Authority regarding water planning in Kendall County and Fair Oaks Ranch is based on estimates of available groundwater that are substantially different – 67 percent less – than estimates released by the Texas Water Development Board on Feb. 7. Read full Boerne Star article here.

Water policy must consider the groundwater and surface water connection

“Ground water and surface water are not separate categories of water any more than liquid water and ice are truly separate. The designations ‘ground water’ and ‘surface water’ merely describe the physical location of the water in the hydrologic cycle. Indeed ground and surface water form a continuum.”Full report from GWPC. Yet in Texas policy, we treat these resources separately.

Groundwater proposal gets a compromise – Serious concerns are still alive

KUT covered the story yesterday, “It’s a critical time for groundwater districts right now”. Read or listen to the story here. Sierra Club released a statement today still opposing the bill, “The Legislature would be subjecting virtually every action by a groundwater district to a potential “takings” claim. Full media release – For history and resources about SB 332 click here.

The water level of Texas’ Edwards Aquifer was displaced about a foot Friday after energy released from a massive earthquake near Japan put the squeeze on the underground rock formation that supplies drinking water for much of Central Texas. Read the full Statesman.com article here.

The Texas Water War: Is there a solution and who decides?

Texas Debates Who Owns Its Water

At a crowded hearing earlier this week, members of the state Senate’s Committee on Natural Resources heard testimony on a bill that would declare that landowners have a “vested ownership interest” in the water beneath their land. A less-discussed second bill recognizes both landowner rights and the “compelling public interest” of effective groundwater management. Read full Texas Tribune article here.

The Saga of the Hill Country PGMA

“The fate of these unprotected areas – including southwestern Travis County adjacent to BSEACD – is anybody’s guess at this point…” Read the full articlehere and the entire issue of The Aquifer Bulletin published by the BSEACD here. This resource includes timely articles about groundwater resources. 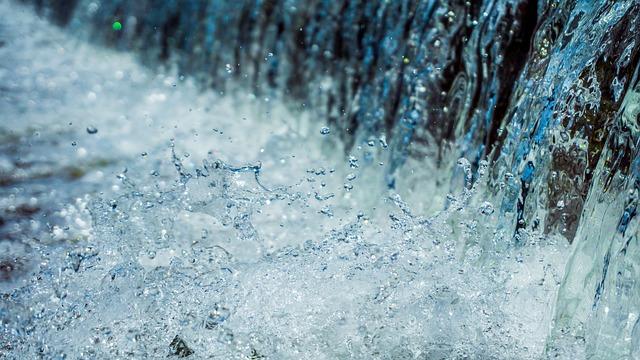 What is the Future of Water in Texas?
LISTEN: State Representative Lyle Larson from San Antonio joins Robert Puente, President and CEO of… 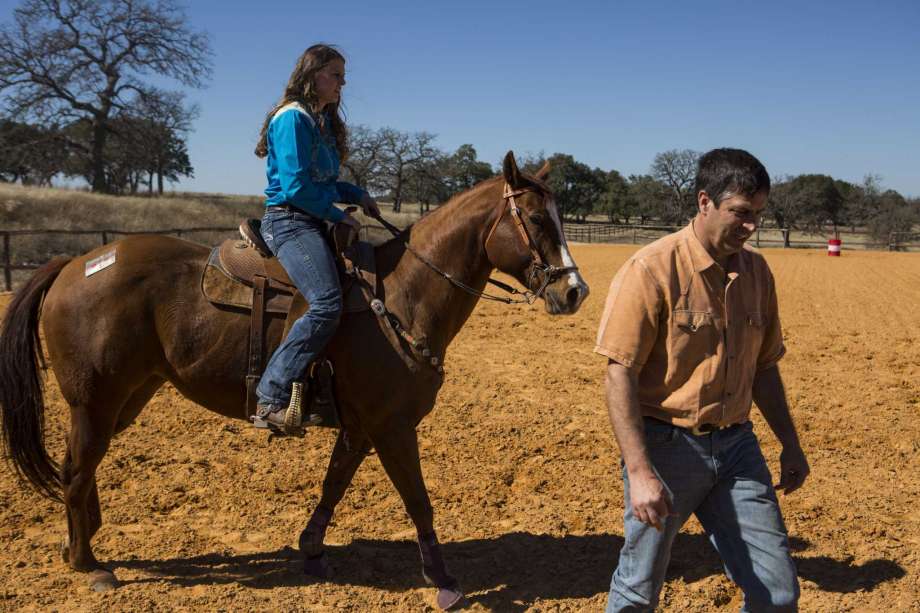