In Central Texas, a rush to secure water rights

Amid a persistent drought that has rattled Texans about water supplies, cities and investors are jockeying to purchase millions of gallons of underground water and pipe it to rapidly growing communities. More from Statesman.com

“Development-rights deals keep the land in private hands and typically involve no access to the general public.” This is one of the best Hill Country strategies for improving water supply and water quality while protecting heritage ranch lands. The cities of Austin and San Antonio, Travis, Hays and Bexar Counties have had tremendous success with bond initiatives. HCA’s research indicates that it’s feasible for other high growth counties such as Kendall, Kerr, Comal and Blanco to do the same. Read more from the American Statesman. More from Statesman.com.

Time had come for city to register private water wells

The northern segment of the Edwards Aquifer, which stretches from Lady Bird Lake to the Lampasas River, is lightly regulated, unlike the southern Barton Springs segment, which is controlled by the Barton Springs/Edwards Aquifer Conservation District. The district restricts the drilling of water wells and has the authority to limit the amount of water that can be pumped during a severe drought. Read more from Statesman.com.

We Can’t Do It Alone

David K. Langford tells an eloquent story about his family’s longstanding connection to the land, and about a problem he is facing that is bigger than even he can deal with. With an earnestness that reveals his passion, David describes how his ranch’s natural springs and creeks that are so vital to the health and diversity of his land are being jeopardized by an external threat over which he has little to no control. Read More

Telling graphic of private wells on the rise in Central Texas

Private wells are on the rise, mostly for landscape irrigation. Take a look at this story from the most recent edition of the BSEACD Aquifer Bulletin. While groundwater conservation districts (GCD’s) are the preferred method of groundwater management in Texas, it’s important to remember that Western Travis County and Western Comal Counties still have not created (GCDs). Learn more from HCA and BSEACD.

It’s All the Same Water

Texas is the only Western state where rule of capture is law. That may work well for property owners wanting to sell their groundwater, or sell their mineral rights, but not so great for most of the rest of the population that relies on water as a life source. Read full article by Joe Nick Patoski.

The 2012 Texas Water Plan produced by the Texas Water Development Board reports that water supplies for the Hill Country are insufficient to meet projected municipal (urban and rural) water demands during the next severe drought. The report identifies 60 Hill Country municipal water suppliers (i.e. city utilities and water districts) that will have water shortages. For many of the suppliers, the water demands are substantially greater than the supplies.View Presentation by Raymond Slade, HCA Advisory Board and Technical Team member.

Karl Dreher, the general manager for the Edwards Aquifer Authority (EAA), has been placed on paid administrative leave.It isn’t clear why Dreher was placed on administrative leave. Assistant General Manager for Communications & External Affairs Roland Ruiz said that “as a personnel matter, there is no statement other than to confirm that the action did occur.” Ruiz also confirmed that Dreher was placed on leave by Laura Buckner, chair of the EAA board of directors. He says the decision will be taken up by the board at its next meeting June 12. Read more from NPR.

As plummeting lake levels triggered drastic watering restrictions during the drought, homeowners drilled 47 new water wells in Austin last year — more than doubling the 19 drilled the year before, according to data from the Texas Water Development Board. Read more from Statesman.com.

Southern Great Plains could run out of groundwater in 30 years, study finds

Key farming regions in the US are drawing water from underground sources at unsustainable rates, with slightly more than one-third of the southern Great Plains at risk of tapping out its sources within the next 30 years. Read more from scmonitor.com.

We can do better in GMA 9

The Hill Country’s Trinity Aquifer set a 30 foot average drawdown management goal despite heavy public protest stating this was too much and would not sustain spring flows. The next five year planning cycle is already underway. At a recent public meeting, David Glenn, an involved citizen from Wimberley in Hays County offered well written comments to help create a picture of the Trinity Aquifer and consequences of careless management of the resource.Read, learn and get involved locally.

“The purpose of a district, in my opinion, is to prevent harm that the rule of capture would allow and to try to the best of their ability to create sustainable aquifer production. The goal as much as possible should be one of sustainability.” Read more from Livestock Weekly.

“Texas is virtually the only state that functions by the “rule of capture,” which allows landowners to pump essentially unlimited amounts of water. Elsewhere in the U.S., groundwater is a public resource, and the state allows people to use the resource.” Read more from Texas Tribune.

Groundwater is found in the spaces between particles and cracks in underground rock in formations known as aquifers. Even though it is out of sight, groundwater should not be far out of mind. In Texas, groundwater provides 60% of all freshwater used – great shortfalls are expected during the coming decades. Conservation is key. Learn more from the Texas Groundwater Protection Committee. Learn about groundwater resources from HCA here.

Texas gets 80 percent of its water supply from aquifers, according to the Texas Water Development Board (TWDB). Aquifer water levels are declining because of drought and increasing demands on water supply due to population growth. The quality of aquifers also is in jeopardy from construction runoff, leaking toxic waste sites and storage tanks, injection wells, industry pollution, and the use of agrochemicals on farm land. Read more from Clean Houston.

The March 1st board meeting of the Texas Water Development Board in Austin drew a large crowd at the Stephen F. Austin building downtown. Many came to speak in opposition to the 30 ft decline or so called Desire Future Condition (DFC) of the Trinity Aquifer in Western Hays County and to support the Wimberley Valley Watershed Association’s request for developing a ‘Special Groundwater Management Area” (SGMA) for Jacob’s Well and the Wimberley Valley. Read more from WVWA.

While “bumper crop” might be a stretch of a prediction considering last year’s drought, local growers are expecting a good crop on area peach trees barring a late freeze. Read more from the Fredericksburg Standard.

Prompted by the severity of the current drought, Texans have been earnestly discussing how to manage the state’s water resources for the next several decades to meet the needs of a growing population and dynamic economy. This necessary discussion must now consider last week’s ruling on property rights and groundwater by the Texas Supreme Court and how it potentially threatens efforts to regulate and conserve aquifers. The court unanimously ruled Friday that property owners own the water beneath their land just as surely as they own the oil and gas. Read more from Statesman.com.

In a case with potentially vast implications for groundwater rules in Texas, the Texas Supreme Court has unanimously ruled in favor of two farmers in the San Antonio area who challenged the local aquifer authority’s sharp restrictions on their use of a water well on their land. Read more from Texas Tribune.Background on groundwater rights here.

As the most intense drought in state history drags on, plenty of Texans are waiting for months to have such wells drilled, fearful that their municipalities could impose stricter limits on water use. But this increased demand is causing concerns that groundwater in some places will start drying up, and regulators are working on rules to maintain certain groundwater levels. Read full Texas Tribune Article. 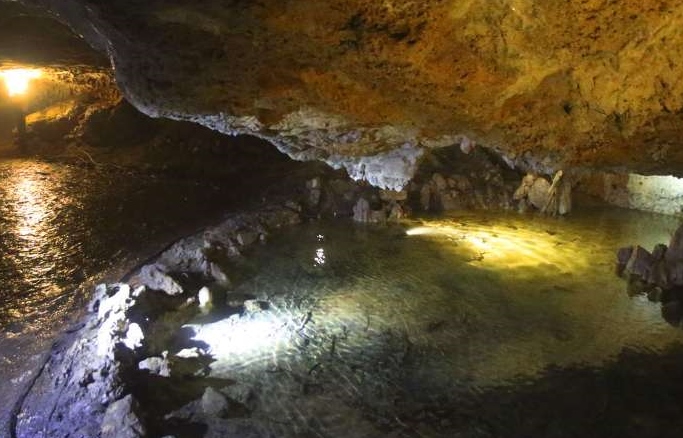 Proposed groundwater transfer riles Kendall County residents
A miniature version of the Vista Ridge pipeline dispute is unfolding here over a local…
Groundwater Ownership in Texas
Groundwater is an integral part of the land, and private landowners have a vested ownership… 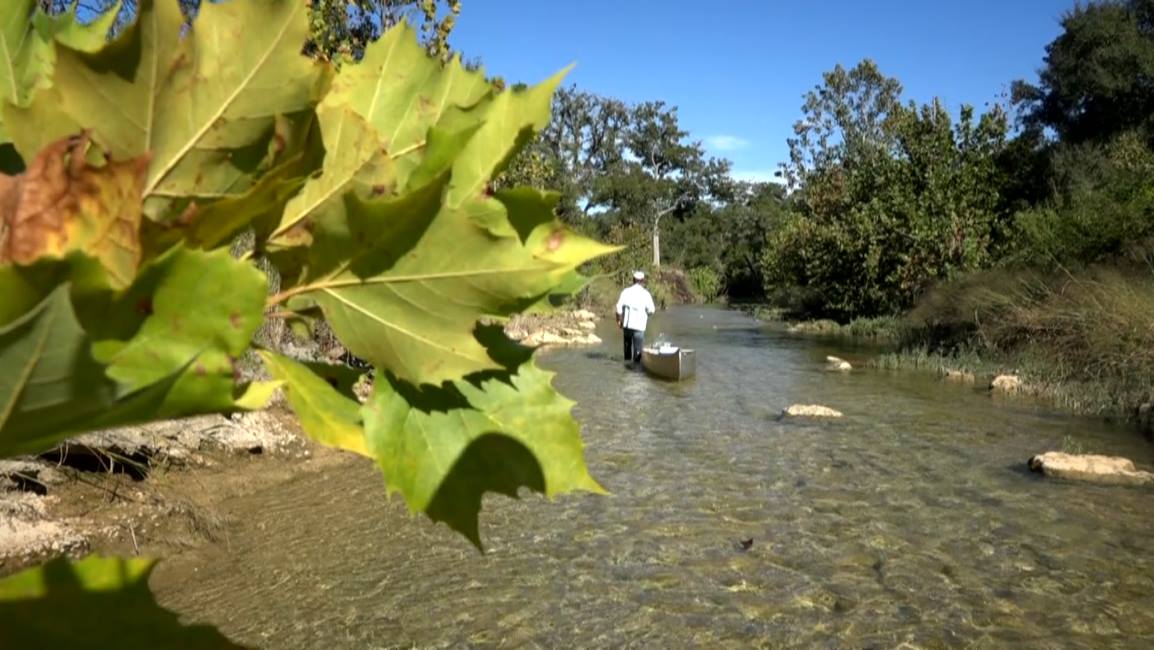