Residents are invited to take the Hays County Parks, Open Space & Natural Areas Master Plan Survey, which will help the County determine interests and priorities of its residents. More information about the planning process and a link to the online survey here.

“Because the Hill Country has unique features, issues, and resources, this will give us an opportunity to collectively focus on the priorities of the area that we represent,” Isaac continued. “As the Hill Country continues to grow, we must work with each other and our local officials to ensure that we plan wisely for the future.” Read more

LCRA, the City of Burnet and the City of Austin have come to an agreement that allows Burnet to move forward with plans for a new wastewater treatment plant and protects the water quality of Lake Travis. Read more

Senate should reject measure on ETJs

In Texas oil and gas is definitely still king, and nowhere is that more evident than in South Texas, where the Eagle Ford shale play is making money hand over fist for many fortunate landowners. However, as wonderful as that income may be, rarely do such treasures come without at least some give and take, and mostly it’s give on the part of the landowners. Read full Livestock Weekly here.

Nine local conservationists were honored Wednesday evening with the Cibolo Nature Center’s first Stewardship Awards, recognizing individuals who have made outstanding contributions to protecting the land, water and wildlife of the region. Read more here.

Comal County is undergoing a Strategic Planning process. All citizens are encouraged to participate and express their priorities for the future. Town Hall meetings will be held May 10th in New Braunfels and May 12th in Bulverde and Canyon Lake. Download a printable flyer about the Town Hall Meetingshere. Participate in the online survey here, it’s fast and easy.

New permit could lead to additional water supply in the future

The Texas Commission on Environmental Quality on April 20 granted LCRA a permit to capture water from the Colorado River downstream of Austin during high flows and store it in yet-to-be-built reservoirs in the lower basin. Read more from LCRA here. Read more from the Austin American Statesmanhere.

Residents in Bandera, Gillespie, Kendall and Kerr counties may now apply for the Hill County Chapter of the Texas Master Naturalists program annual training program. Topics are centered in wildlife and natural resource management. This is a great opportunity to learn about local ecology and get involved with Hill Country conservation. Check it out.

In the latest sign of how dry the recent drought has been, Lower Colorado River Authority officials announced Wednesday that the flow of water from streams and creeks into the Colorado River over the past six months is worse than any similar period during the worst-ever drought. Read more from Statesman.com here.

At their April 11th Regular Meeting, the Board of Directors of the Cow Creek GCD voted unanimously to move from Stage 3 – Moderate Drought to Stage 4 – Severe Drought. General Manager Micah Voulgaris noted lack of rainfall, decline in water levels in 30 of the District’s monitor wells, below average stream flow in the Guadalupe River, and the seasonal increase in outdoor lawn irrigation as reasons for the move to Stage 4. Read more

TCEQ Sunset bill needs to be rescued in the Senate

The House passed the TCEQ sunset bill, however an amendment was accepted that weakens the contested case hearing process. A contested case hearing is the last voice landowners and communities have to address negative consequences of development permits such as wastewater treatment facilities. The Senate can do the right thing by removing this amendment. A Statement from Sierra Club, Austin American Statesman news and other resources about the TCEQ sunset legislation here.

Citizens petition for an election to affirm or reverse the Hays Trinity Groundwater Conservation District decision granting a permit to Wimberly Springs Partners, owners of an active golf course in the city of Woodcreek and undeveloped acreage in Woodcreek North. Read more from the Citizens Alliance for Responsible Development.

If you missed the screening in Marble Falls, no worries. Green Dreams, a documentary film about the revolution at the Pedernales Electric Cooperative will be shown at the Corral Theater at Rocky River Ranch tonight at 8:00. Everyone is welcome. Details

Numerous South Central Texas local governments and citizens are alarmed by a bill filed in the Texas Legislature by a San Antonio representative that would allow a private company to annually pipe 40,000 acre feet of rural Edwards Aquifer water to the San Antonio area. If passed, the bill would change the Edwards Aquifer Authority Act of 1993, to eliminate a provision prohibiting transfer of aquifer water out of Uvalde and Medina counties. Proposed legislation that facilitates this pipeline, HB 814 will be heard tomorrow, April 19th in the House Natural Resource Committee. Find out more

Kick off Earth Day with Bob Schneider at Mix 94.7’s Party for the Planet this Thursday, benefitting Hill Country Alliance

Join us at Carlos’n Charlie’s this Thursday night for the Mix 94.7 Party for the Planet, featuring live perfomances from Bob Schneider, Casey McPherson of Alpha Rev and Autumn. A portion of the proceeds will benefit Hill Country Alliance. Details

As Hays County deals with increased growth and development, residents are being asked to give a little of their time and some thought as to where they’d like to see the County direct its Parks, Open Space and Natural Areas planning efforts. The next meetings will be held April 20 and 21. Details here.

State and city officials are beginning to explore how turning Bandera Road into a “Super Street” would impact Leon Valley and its main thoroughfare, where traffic congestion is a daily headache for drivers. Read full SA Express article here.

Local tree clearing rules in jeopardy at the Legislature

Homebuilders and development groups want to put an end to tree ordinances in ETJs. Austin and San Antonio with the help of local Hill Country legislators are fighting back as hard as they can. These ordinances are critical for protecting water supply – remember the Hamilton Pool disaster just a few years ago. San Antonio Express News article here. Austin American Statesman News article here.

The PGMA designation is given when critical groundwater shortages are expected – and to recommend some action to manage groundwater. Western Travis absolutely should remain in the PGMA and strengthen groundwater management, not ignore it. More about Groundwater in the Hill Country and the PGMA here. Statesman Article here.

“It’s been so dry for so long, it’s hard to remember what spring is supposed to look like. This time last year rains were plentiful and our grasses were green and lush. The Texas Star is full of great articles about events, water resources, the drought, migratory birds and wildlife – this is a great organization.

“Water is a finite resource. It is the most precious resource that this state is charged with conserving,” said Ritter, the committee chairman, as he introduced the bill. Read the full Texas Tribune article here.

“The legislation appears to be a step away from the comprehensive water planning procedures that lawmakers have been working on for the last 20 years.” Read the SA Express-News editorial here.

Vision and the Desired Future Condition

We shall work vigorously to establish a Desired Future Condition for water resources that is consonant with the Vision that most residents hold dear for our Texas Hill Country. I believe it was Pericles who said: “Without a vision the People perish.” Jack Hollon, President WVWA. Read Jack’s Opinion piecehere.

Read about the extraordinary LIP projects completed within the past year as TPWD collaborates with the Nueces River Authority, Texas Tech Junction, The South Llano Watershed Alliance and many other. Landowners taking care of water resources by taking care of the land. Read more 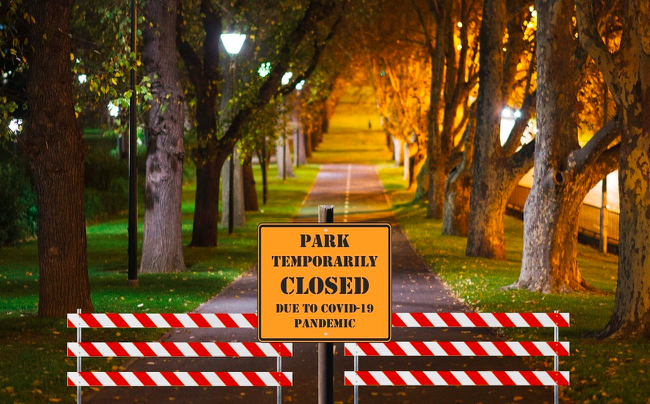 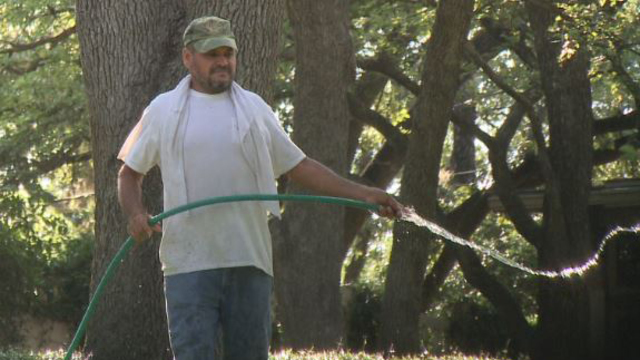