“This year, sadly, the lasting image of Fiesta’s final day for me will be the storm-washed litter that destroyed any sense of civic pride that I or anyone else in this city should feel today for the reborn Mission Reach of the San Antonio River.” Bob Rivard’s story makes a compelling case for the Texas Bottle Bill. Read the Rivard Report here.

CAMPO expands to include Burnet County

The Capitol Area Management Planning Organization (CAMPO) is responsible for coordinating transportation plans for counties and cities surrounding Austin. The boundaries have been expanded and the organization has formalized a cooperative planning agreement with Lone Star Rail for high capacity transit plans in Central Texas. Read CAMPO’s recent news here.

A major bill on the top of Gov. Rick Perry’s priority list that would authorize spending billions of dollars on state water projects faltered in the Texas House on Monday night after a contentious debate over where to pull the money from. Ritter’s bill, House Bill 11, would have taken $2 billion from the state’s Rainy Day Fund — a multibillion-dollar reserve of mostly oil and gas taxes — and spent it on water-supply projects, in an effort to help the state withstand future droughts. More from Texas Tribune.

“The latest version of the LCRA Water Management Plan (WMP), which the TCEQ released for public comment on April 15, 2013, still raises serious concerns.” For example, recent years’ data indicates the average inflows have significantly decreased but the plan still uses data from past assumptions. “Average inflows of 1,200,000 AF are assumed as compared to the recent five year average of 450,000 AF.” Read the full list of recommendations from CTWC.

The San Antonio Water System has stopped drawing water from Medina Lake and shut down its treatment plant on the Medina River because of problems with the quality of the lake water. More from SA Express-News.

Limiting Environmental Regs Raises Fears of ‘Race to the Bottom’

Texas likes to be “business friendly” and as the state legislature considers bills to limit environmental regulation to keep it that way, some economists warn of the longer term consequences. Read more from State Impact.

EcoLab is a partnership between landowners with ecologically valuable land and university researchers. Under this program, your land could transition into wildlife management use after just 2 years without needing an ag or timber valuation first. Click here to learn more or join the Braun & Gresham webinarApril 25th.

A $13 million failure of imagination in Center Point

Explore how in Kerr County the “business as usual” model brings not only a $13 million price tag, but social and natural resource consequences as well. A veteran of over a quarter century of trying to move society toward sustainable water, providing planning and engineering as if water and environmental values matter. Read more from waterblogue.com

Restaurants are beginning to do their part to raise awareness of invasive animal invaders by putting them on the menu. Austin restaurant, Foreign and Domestic, recently staged a special feast, “Malicious but Delicious,” in partnership with the Nature Conservancy with a dish featuring feral hog porchetta.Learn more from the New York Times.

Keeping Texas looking like Texas should get a bit easier if two bills introduced by State Rep. Mike Villarreal (D-San Antonio) pass the Texas Legislature this session. HB 1116 would create a Texas Native Seed Competitive Grant Program to fund and promote the development and cultivation of native seed. If HB 1135 passes, a Native Seed Committee composed of 12 individuals from around the state will be charged with crafting a master plan for encouraging native seed production and diversity. More from The Rivard Report.

National historic designation plaque to be unveiled at Herff Farm at the Cibolo, April 27

The Cibolo Nature Center & Farm will hold a public ceremony to unveil a bronze plaque at Herff Farm at the Cibolo in Boerne at 11 a.m. Saturday, April 27, to recognize the farm’s inclusion in the National Register of Historic Places. Details

At a time when punishing drought underscores the importance of managing our land and water to help Texas weather the worst, two land owners, two organizations and a mining company are being recognized by the Texas Parks and Wildlife Department’s Lone Star Land Steward program for their efforts in rejuvenating native habitat and wildlife across the state. Learn More

Government Canyon now has 461 more acres and includes the second-highest point in Bexar County. The land is over the recharge zone of the Edwards Aquifer and protects endangered species and San Antonio’s water supply. Read more from SA Express-News.

The recent federal court ruling, faulting the Texas Commission on Environmental Quality in the deaths of 23 endangered whooping cranes, directly relates to maintaining prosperity. The judge ruled that the agency has a statutory obligation to ensure enough fresh water flows downriver to the coast to provide viable habitat for critters like blue crabs, which sustain the whooping cranes – and ultimately us. Read more from Karen Huber at Statesman.com.

It’s time for a Texas bottle bill, but crusade meets with little enthusiasm in Austin

It’s called simply “the bottle bill.” And it would set up a 5-cent deposit-refund system that essentially would pay people to turn in plastic and glass beverage containers from things like water, sodas and energy drinks to redemption centers across the state to be recycled. Read more from the Houston Chronicle.

What happens to a small town when it is bombarded with growth? In many cases, the town loses its identity, its quaintness. Ask residents of Buda what they want for the future, and most will say, “Preserve our small town atmosphere.” Read more from Hays Free Press.

The recent federal court opinion holding the Texas Commission on Environmental Quality (TCEQ) accountable for the deaths of 23 whooping cranes because of inadequate freshwater inflows to San Antonio Bay has generated a lot of concern and discussion. Read More

Naturalists to give butterfly program at LBJ State Park

Outlook Calls for Texas Drought to Continue Into Summer

Central Texas’ two largest reservoirs, Lake Travis and Lake Buchanan, are at 41 percent capacity, according to the Lower Colorado River Authority, LCRA, website. Those low levels aren’t likely to improve much in the coming months, as the NOAA outlook anticipates warmer and drier weather through June.Read more from State Impact.

The second newsletter of the Upper Llano River Watershed Protection Plan is a great summary of events and progress. The Llano is so important to entire Colorado River system; springs on private lands feed this resource that becomes the water supply Austin. Read more. Or download the newsletter here.

It isn’t just Austin that suffers though when land development rules are weakened. It’s not a coincidence that Austin is a great place to live. “People who oppose development rules that Austin has lived under for more than 20 years have every right to try to change them through traditional democratic means at City Hall,” state Sen. Kirk Watson said. More from Statesman.com.

A Texas Watershed Steward workshop on water quality and availability issues related to the Pedernales River will be held May 22 in Fredericksburg. The no-cost training is open to anyone interested in improving the land and watershed quality of the Pedernales River area. Details

Aquifers at heart of ‘Water is Life’ conference, April 18

The future of groundwater in the Edwards Aquifer and across the state will be discussed during a Water is Life conference April 18 at the Texas A&M AgriLife Research station in Sonora. “As our state’s population continues to boom, the need for this fast-dwindling precious resource for all living things grows” – Learn More

Pull off the interstate in Junction for kayaking, hiking, birding and barbecue

Junction’s famous for its spring-fed rivers, state park, roosting turkeys, paddling routes, bird watching and pecans. While white-tailed deer hunting still ranks as one of the most popular draws for visitors, things are changing. Eco tourism is on the rise. “Probably in 30 years we’ll have more people coming for butterflies, birding and night skies than we do for deer hunting.” Read the full story from Statesman.com

The Greater Edwards Aquifer Alliance has released their Legislative Agenda for the 83rd Session of the Texas Legislature. This agenda includes bills filed as of March 29th, 2013. The Agenda has been compiled by consensus and endorsed by all forty-seven of our member groups, spanning twenty-one counties in Central Texas. Collectively, our groups represent approximately 25,000 Texans. Read More 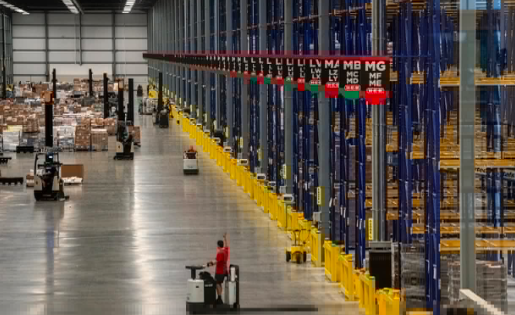 Inside the story of how HEB planned for the pandemic
The coronavirus pandemic has transformed the country in just a handful of weeks. As Americans…
Bamberger Foundation supports a new garden
The Community Gardens Program recently announced that the Bamberger Foundation will be funding a new…
Get Involved
Donate
Subscribe
Shop
Upcoming Events