Nearly 40 people filled the meeting room at the Medina Community Library on Tuesday, Oct. 29, to be enlightened about a program called Dark Skies which helps combat light pollution from cities and towns.

“We had a great turnout at the Medina Dark Skies Night,” said Cliff Kaplan, program manager for the Hill Country Alliance which sponsored the event along with the Bandera Electric Cooperative and the Medina Astronomy Club. “It is very clear that folks in Medina care deeply about preserving their star-filled skies, even as development pushes out of San Antonio in their direction.

“In the several years that Medina community members have been working with the Hill Country Alliance on Dark Skies preservation, these local volunteers have done a great job making sure new buildings in town – like the new fire house, for instance – are Dark Sky-friendly.”

At last week’s event, BEC Marketing & Communications Team Lead Lindsey Bertrand responded to Medina’s interest in Dark Skies preservation by announcing the cooperative will spend $1,000 in Medina to replace unshielded lights with fully-shielded, LED lights, which should be enough to replace all of BEC’s unshielded lights still in the community.

“Since April, BEC has distributed more than $9,000 in rebates to its members who replace old, high-pressure sodium or mercury vapor outdoor lights with new, energy-efficient LED lights. BEC has dedicated the last $1,000 of the rebate fund to help property owners on Main Street in Medina replace their old lights with LEDs,” said Bertrand. “All involved hope to make Main Street totally Dark Sky-friendly.”

The initiative, which has produced Dark Skies-friendly ordinances in Bandera and other Hill Country communities, seeks to replace old, unshielded lights and fixtures with more energy-efficient lights that are shielded or installed in such a way that they don’t cast a glare into the night skies or on to neighboring properties.

For more information on the issue, go to hillcountryalliance.org/nightskies

This article was published on Nov. 6, 2019 by Chuck McCollough, Staff Writer for the Bandera Bulletin – accessible here. 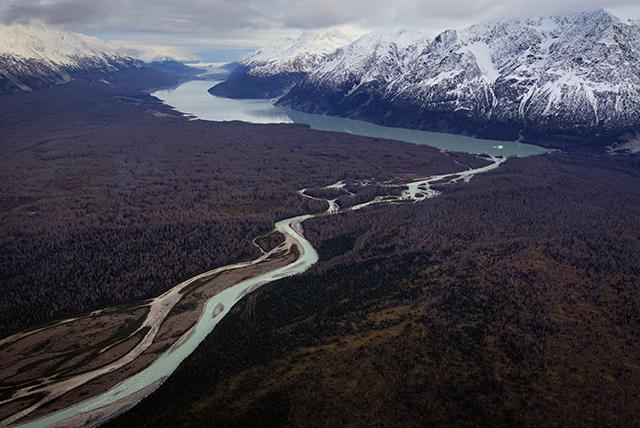 Despite all that undeveloped habitat, Canadian wildlife is in sharp decline
It’s with great sympathy and zero schadenfreude that I call attention this morning to Canadian…
Get Involved
Donate
Subscribe
Shop
Upcoming Events