Wimberley - The Future of Conservation in Texas

24jul6:30 pmWimberley - The Future of Conservation in Texas 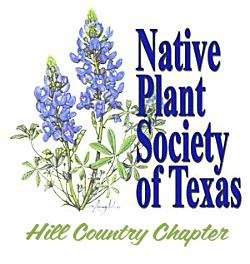 The Future of Conservation in Texas

Who shoulders the load of wildlife management in the state of Texas?  You might be surprised to learn that it isn’t the general taxpayer, but rather licensed hunters and anglers of the state of Texas who financially support conservation, outreach, restoration, and study of wildlife and their habitats. In 1937, this was the innovative idea of a “user-pay” system of support, and it was an idea generated and supported by ladies garden and social clubs as well as sportsmen’s associations and clubs. As participation in hunting declines, perhaps it is time to start thinking of a new way of funding conservation. Be a part of the conversation in this active, participation-based program that encourages all Texans to team up together to guide wildlife conservation efforts for the next 100 years.

The Hill Country Chapter meets the fourth Monday of every month except December at VFW Post #6441, 401 Jacobs Well Road (CR 182), Wimberley TX 78686. Social time is at 6:00 pm, followed by the program and meeting at 6:30. We encourage everyone to join us. Meetings are free to the public.

"All my life I have drawn sustenance from the rivers and from the hills of my native state... I want no less for all the children of America than what I was privileged to have as a boy."   -Lyndon B. Johnson
Donate
Copyright 2015 - All Rights Reserved
X