The Southern Edwards Plateau Habitat Conservation Plan (SEP HCP) has its share of controversy. HCA convened a successful meeting in Boerne in March to foster more understanding and as a result, a landowner gathering has been scheduled in Bandera on May 5th. Read more about the purpose and outcomes from the March program here. Join us in Bandera May 5th to participate with Hill Country landowner and a great line-up of speakers. See below for details.

Bandera Meeting of the Ranchers and Landowners Association

The Ranchers and Landowner Association of Texas are inviting their membership and all area landowners to a very special and informational meeting addressing the possible mitigation of endangered species habitat. Mitigation is a voluntary program by which landowners are compensated for conducting land management practices that benefit endangered species.

The proposal, commonly known as SEP-HCP is being undertaken by Bexar County and the City of San Antonio in cooperation with the US Fish and Wildlife Service. The goal of the program is to conserve endangered songbird habitat within the surrounding counties north and west of San Antonio. Landowners in the counties of Medina, Comal, Kendall, Kerr, Bandera, and/or Blanco counties are eligible to participate.

This very important meeting will take place at the Recreation Center at Mansfield Park in Bandera on Tuesday, May 5, 2015 and will start at 7:00 P M. Mansfield Park is located on SH 16 North. As mentioned before, all landowners are encouraged to attend and become familiar with this proposed voluntary program.

Speakers will include Richard Heilbrun representing the Texas Parks and Wildlife Department and Jenny Blair representing Bowman Consulting, who is the contractor working with Bexar County and City of San Antonio. Carolyn Vogel of the Texas Conservation Connection will also speak about Conservation Easements. Speakers will explain the SEP-HCP and there will be ample time for those in attendance to ask questions. In cooperation with RLAT and serving as moderator will be Christy Muse, Executive Director of the Hill Country Alliance.

Ranchers and Landowners Association of Texas is a strong advocate for individual property rights and has taken this initiative to inform not just our membership but all property owners in the area. County elected officials are invited to attend.

Bexar County and the City of San Antonio are working on a regional planning effort to balance the conservation needs of rare plants and animals with the demand for economic growth and development. This program is known as the Southern Edwards Plateau, Habitat Conservation Plan (SEP HCP): http://www.sephcp.com/

Since the initial public comments were recorded during the scoping period in 2011, this program has been has been controversial. Commissioner’s Courts of Bandera, Blanco, Kendall, Kerr and Medina Counties, representing 5 of the 6 affected counties in the region, all approved resolutions opting out of the plan.

The summary of public comments recorded during public meetings held in in Helotes and Kerrville during February of 2015 showed no change of public opinion despite four years of public outreach from Bexar County and the federal governments.

The consensus of County Commissioner’s Courts has generally been that this plan would give Bexar County the mechanism to destroy habitat critical to certain Endangered Species by acquiring land in Bandera, Blanco, Comal, Kendall, Kerr and Medina Counties which would then be designated critical habitat.

On the other hand, the SEP HCP could provide interested land owners the opportunity to preserve their property in to perpetuity and receive significant federal tax benefits. It would do so by allowing interested landowners with endangered species on their property to place that land into a conservation easement in exchange for payment.

In an effort to provide the public a forum to discuss these and other aspects of the plan, the Hill Country Alliance called a meeting of interested parties to gather at the Chamber of Commerce in Boerne in March to air concerns and gather information about the plan.

The intended purpose of this informal gathering was to help the community appreciate the different points of view concerning the plan, to dispel misunderstandings, and provide a forum for the free exchange of ideas.

Attendees to the meeting included, land owners, County officials, members of the County ad hoc committee formed to draft a resolution of concern regarding the program, a representative from the Kendall County Economic Development Council, directors of Cow Creek Groundwater Conservation District, board members of the Cibolo Nature Center, the Cibolo Conservancy Land Trust, and a representative from the consulting group hired by the Bexar County and City of San Antonio who had been involved in drafting the plan and knowledgeable of U.S. Fish and Wildlife Service (USFWS) powers.

Prior to this meeting, local op-ed writers expressed the opinion that the plan represented a “land grab” by the Federal Government. Another countered with opinions that were more positive and supportive of the plan.

From active discussion, participants learned that landowners in Kendall County were not in danger of losing their land or their rights to it.

In reality, the program would permit Bexar County, the City of San Antonio, developers, and landowners to mitigate for their impacts to endangered species land by purchasing development rights to similar properties from willing landowners within Bexar and the surrounding six counties, including Kendall County. This mitigation could occur through the placement of a conservation easement on a property, thereby protecting endangered species on the property forever. No property owner in Kendall County nor any of the other participating counties can be required to participate, and no adjacent property owner would lose any development rights through a “buffer zone.”

Any lands wishing to be considered for conservation through this program must first be extensively studied for the presence of endangered species and habitat and land conditions evaluated on the property. The final reports would be very extensive and account for numerous variables that might affect the stability and survivability of a population of endangered species.

All land placed in a conservation easement will remain the property of the landowner and under the jurisdiction of the county in which the conservation easement exists. Private landowners who place an easement on their property maintain ownership of their conserved land, including the right to sell, pass on to their heirs, deny access to the public and prosecute trespassers, just like any other landowner.

In spite of differing opinions about the Endangered Species Act and the SEP-HCP Program, there appeared to be a general consensus that Kendall County is in danger of over-development, and that effective conservation measures would be good for the County. There was also concern that the plan had not been developed well, communicated well, and coordinated well with surrounding counties and citizens. Additionally, there was not agreement about the over-all benefit of the plan, but, there was respectful dialogue, a free exchange of ideas, and all points of view were aired.

What is known is that the expanding population of the greater San Antonio area along with the ongoing development activities to accompany and support the region’s rapid growth has caused the loss and degradation of endangered species habitats; largely without the benefits of the corresponding conservation measures that would otherwise be implemented through the SEP-HCP Program.

Protecting the Hill County’s natural scenic beauty, native wildlife, in particular species known to endangered, is imperative if we are perpetuate the local historical and cultural heritage of this unique region.

Just as important is the impact of on water resources. Much of these known habitats within the Hill Country occur over areas within the recharge and contributing zones of the Edwards Aquifer and would contribute to aquifer protection. The SEP-HCP would provide for the coordinated conservation of the Hill Country’s important natural resources at a scale that would help secure the status of endangered species and contribute significantly to their ultimate recovery.

The SEP-HCP would be another tool in the conservation toolbox, which groups could utilize for assistance in regional-scale conservation efforts, not only endangered species protection and recovery, but protection of the Edwards Aquifer and other important natural resources of the Hill Country.

In the future the Hill Country Alliance hopes to provide more opportunities for citizens to listen to each other about matters involving protection of natural resources, so that as a community we can work together for a future that reflects our shared values. A meeting has been scheduled in Bandera in collaboration with the Bandera Ranchers and Landowners Association on May 5th at 7:00 pm at Mansfield Park.

Michalec is a member of the Board of Directors of the Hill Country Alliance, a nonprofit organization whose purpose is to raise public awareness and build community support around the need to protect the natural resources and heritage of the Central Texas Hill Country. www.hillcountryalliance.org 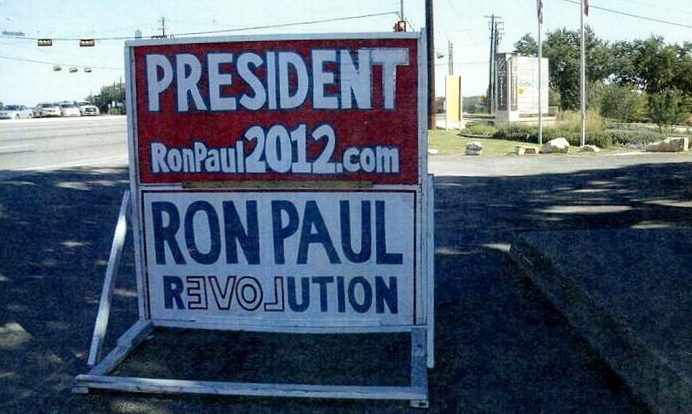