Thanks to some quick community organizing and excellent volunteer leadership from residents of Vanderpool, plans to build a new cell tower on the banks of the Sabinal River have been shifted to instead utilize an existing cell tower. With the help of HCA, Vanderpool residents reached out to those around the state who love this special corner of the Hill Country. Through petitions, letter writing campaigns, and a resolution from the Bandera County Commissioners Court, Vanderpool residents and their supporters sent a clear message to T-Mobile and Branch Communications.

Branch Towers and T-Mobile have abandoned the plans to construct a new tower in the environmentally sensitive area along the Sabinal River Watershed, agreeing instead to use an existing tower to provide wireless service to the Sabinal Canyon area.

Area landowners mobilized a few weeks ago after learning of the plans to build the tower just south of Foster Ranch Road near Vanderpool. They appeared before the Bandera County Commissioners to voice their concerns and the Commissioners passed a unanimous resolution supporting the landowners right to ask the Federal Communications Commission to conduct a more comprehensive environmental study of the proposed site. A total of 15 formal petitions were submitted to the FCC challenging the site on environmental grounds.

The decision by Branch Towers and T-Mobile serves to protect this sensitive area, which is home to the endangered Golden-cheeked Warbler and Black-capped Vireo. It also preserves the numerous underground springs in the area that feed into the Sabinal River, and the Edward Aquifer Collection Zone.

Once concerns were made known to these companies, they became actively engaged in a dialogue with concerned landowners to explore finding an alternate site for the tower.

Last week Branch Towers COO Jared Ledet visited the area to see the proposed site first hand and to meet with landowners to hear their concerns. During his trip to Vanderpool, Ledet toured the surrounding area in an effort to search for another site. One of the sites visited was an existing tower several miles south of the proposed site. The existing tower was vetted by T-Mobile experts and deemed a viable site to allow the company to expand wireless coverage in the area.

As a result of these efforts it is critical to thank these companies for their willingness to find a compromise that benefits their customers yet respects the concerns of landowners and everyone who loves this area of the state. These companies are standing out in their industry as an example of how to work with communities to provide necessary wireless coverage and access to customers, while honoring the communities where the towers are erected. Hopefully in the future other providers will follow their lead. 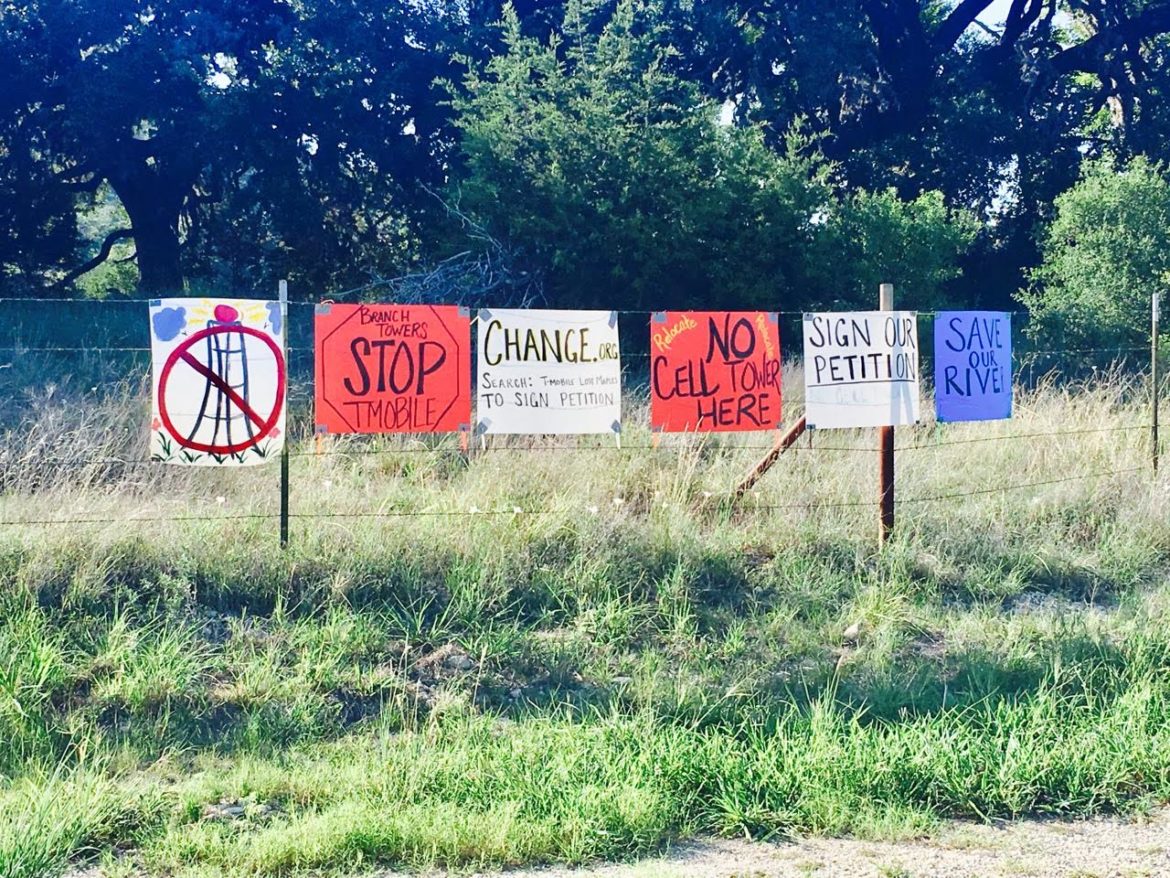 April 15, 2015 Meadows Center for the Environment The Cypress Creek Watershed Protection Plan has…

When Confluence Park opened to the public in early March, those who poured time and money into…