Rainwater harvesting getting new flood of interest after recent rains

With the recent abundance of rain, a Texas A&M AgriLife Extension Service program specialist who presents rainwater harvesting programs in the Dallas-Fort Worth area and elsewhere in the state, has been “flooded” with calls from people interested in water collection and conservation.

“Many people I’ve spoken to feel they have missed a golden opportunity to capture and save water for their gardening and landscaping needs,” said Dotty Woodson, who works from the Texas A&M AgriLife Research and Extension Center in Dallas. “The rains have replenished the soil and have made conditions ideal for greening up lawns and gardens. They also have provided plenty of surplus water that could have been captured for future use by a home rainwater harvesting system.” 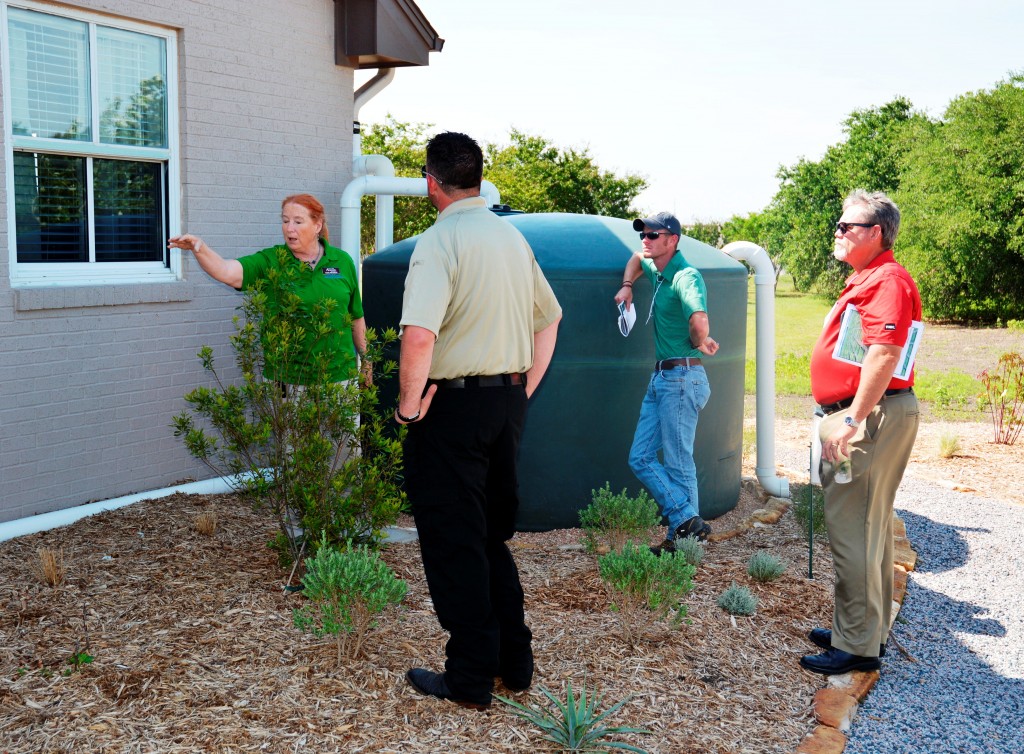 Woodson said information on rainwater harvesting and other water conservation efforts at the Dallas center can be found athttps://dallas.tamu.edu/hot-topics/water/urban-water-program/.

Woodson said her typical rainwater harvesting program is two hours long, the first 90 minutes is devoted to addressing issues of water quality and quantity. The remainder of the program consists of attendees making a home rainwater catchment system from a 55-gallon plastic food-grade container.

“We have been presenting these programs, which can draw from a dozen to a hundred people, for several years and the interest has continued to grow,” she said. “In fact, last year we reached a landmark in our rainwater harvesting efforts with the making of our 10,000th rain barrel at these programs.”

The center’s urban water team, of which Woodson is a member, constructed 4,800 rain barrels through the “Saving from a Rainy Day” class held in 2013 alone. They estimated using these barrels would save 7.6 million gallons of potable water from being used on urban landscapes.

The barrels constructed at rainwater harvesting programs are pre-cut, so attendees don’t have to worry about using any power tools, she said.

“Program participants are shown how to attach the spigot and insect netting at the top to help keep mosquitoes and other unwanted foreign material out of the collection barrel,” Woodson said. “We also address the aesthetic aspects of rain barrel construction, such as how to paint the barrel or build a wooden structure around it for cosmetic purposes. Water from the gutter downspout goes into the barrel for storage and later use.”

She said during these programs she emphasizes the environmental positives of rainwater harvesting, including avoiding runoff to reduce soil erosion and any pesticides, fertilizer or pet waste entering the water stream.

“In an urban area, the largest source of nonpoint pollution comes from landscapes,” Woodson said. “Collecting stormwater  from roofs to re-apply to landscapes is an efficient and environmentally sound method of irrigation. It not only conserves water, but also helps the soil.”

Woodson noted that in some urban areas, including Fort Worth, residents are charged a stormwater fee on their water bill based on the square footage of impermeable surface on their property.

“Rainwater harvesting is a way to cut down on stormwater runoff, so some cities like Austin already allow for a stormwater credit for people who have rainwater collection system,” she said.

The center features the first WaterSense Labeled Home in the Dallas metroplex area, as well as a multi-family dwelling using similar interior and exterior features. WaterSense is a partnership program sponsored by the U.S. Environmental Protection Agency that seeks to protect the future of the nation’s water supply by offering people water-efficient products, homes and services.

The WaterSense demonstrations are open for pre-arranged tours. Among their many interior and exterior water-saving features is an irrigation system designed to use water from a 1,000-gallon  rainwater collection tank to supply water through drip irrigation into the landscape. This allows for landscape irrigation using little to no potable water.

The center also features four rainwater harvesting sheds with roofs and corresponding turfgrass areas, emulating the average-size private home and lot in the Dallas area. The roof of each shed has an area of 150 square feet and the turfgrass lawn served by rainwater irrigation from each shed is 225 square feet. Drip irrigation is used to apply water. This research shows rainwater collection is a viable method for irrigation.

Additionally, each year the center holds its Rainwater University — an instructional series on the latest techniques and industry standards for effective collection, storage and use of rainwater. According to program coordinators, this three-day series represents one of the most complete offerings of rainwater harvesting instruction in the world.

“We have many water conservation-related activities and demonstrations at the center and though our rainwater harvesting efforts are an important part of these, they are one of  many,” Woodson said.

Please Share This
Related Articles
Harvest that Rain!
Most food growers rely on tap water to keep their plants alive during dry weather,… 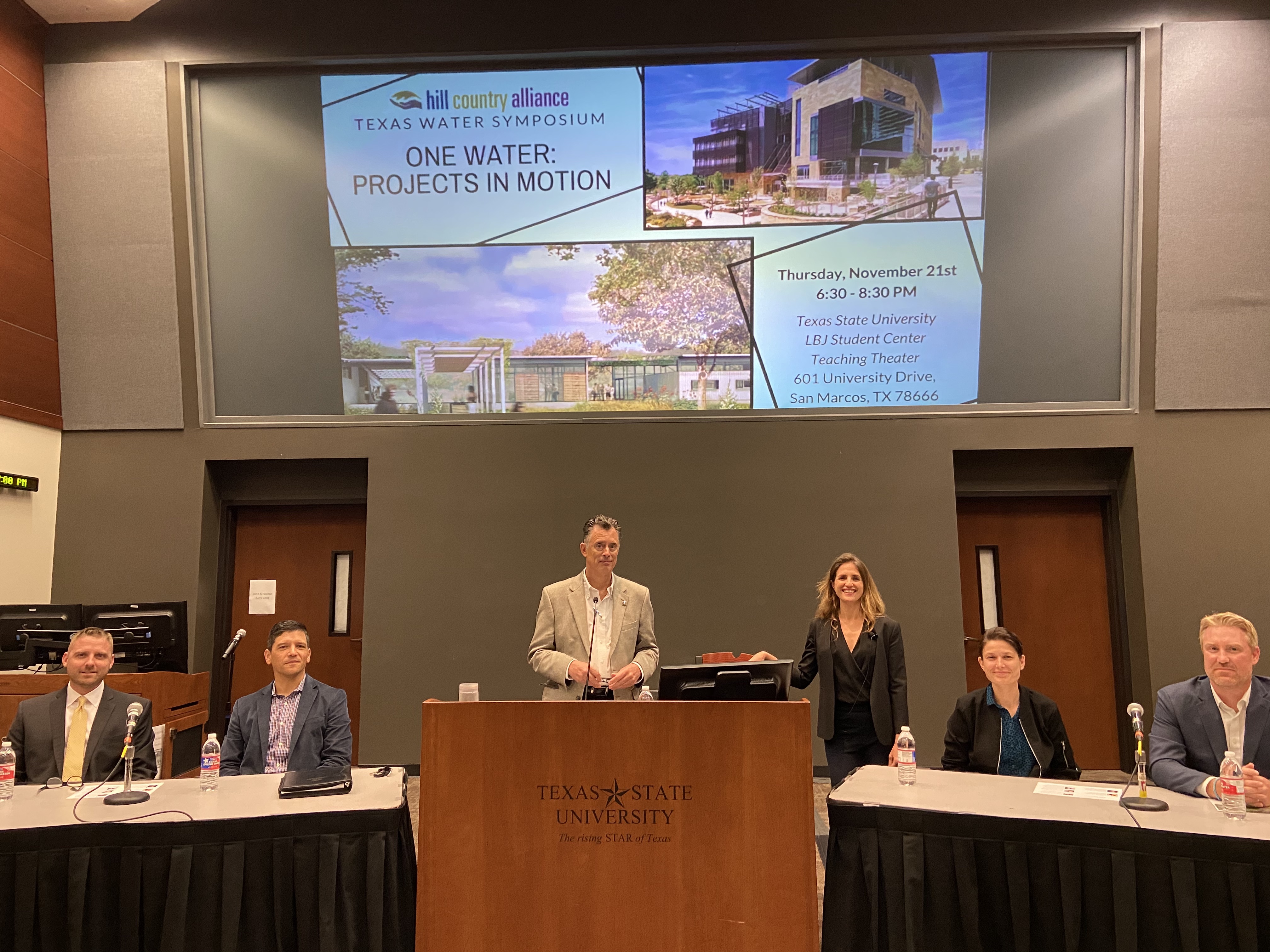