The San Marcos Greenbelt Alliance and SMGA President Sherwood Bishop have been awarded this year’s Cox Conserves Heroes Award for the southern U.S., a designation that comes with a $10,000 donation. As one of four regional winners, SMGA now has the opportunity to win an additional $50,000. The national winner will be whoever receives the most online votes between October 1-15. The link for voting is https://www.coxconservesheroes.com/vote. Sherwood’s biography, along with a video about SMGA, can also be found at that link. Anyone, anywhere in the world with an email address can vote, one vote per person.

Competing against organizations from Los Angeles, Indianapolis, and West Philadelphia, SMGA knows it will need to generate considerable interest in this campaign in order to win the national award. We’re hopeful that you will be able to help us in our effort to communicate the significance of the Cox Conserves Heroes Award and to generate support during these next two weeks.

The non-profit San Marcos Greenbelt Alliance is one of four national finalists for the 2020 Cox Conserves Heroes award, sponsored by Cox Enterprises and the Trust for Public Lands. The $50,000 award will go to the finalist who wins the most online votes between Oct. 1-15 at https://www.coxconservesheroes.com/vote

Founded in 1998, the mission of the SMGA is to create and conserve an interconnected system of parks and natural areas around San Marcos for future generations.

“The SMGA has helped acquire and build trails on over 3,500 acres of natural areas around San Marcos,” said Sherwood Bishop, SMGA president. SMGA is also working with other organizations to create connected green belts from San Marcos to Austin.

As one of four finalists, SMGA has received a $10,000 award representing the southern quarter of the US.

People anywhere in the world can cast a vote—one vote per email.

Bishop urges individuals and organizations to share the information and encourage voting for SMGA. 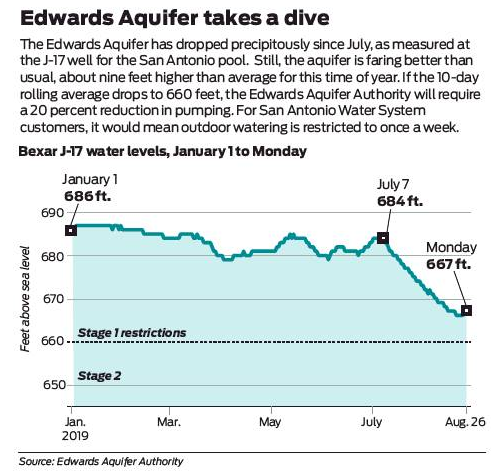