Hoping to broker a massive deal that would send water from beneath counties east of Austin in a $400 million pipeline to San Antonio, the general manager of a Central Texas river authority has asked the region’s chief private water developers to convene in Seguin on Friday. Read full Statesman.com article here.

PUC could save more than $140 million on proposed lines

There may be a less expensive method to bring wind energy from West Texas than building proposed power lines through the Hill Country. The Electric Reliability Council of Texas released its analysis on alternative routes for the Gillespie to Newton and McCamey D to Kendall to Gillespie transmission line routes Monday. Read full Daily Times article here.

There is no cost-effective alternative to building a transmission line through the Hill Country, according to the state’s electrical grid operator. The proposed line would bring West Texas wind power to the state’s most populous cities and is being fought by Hill Country landowners, who say the clear-cutting and massive lattice towers that would carry the wires would decimate the most beautiful and ecologically sensitive land left in Texas. Read full San Antonio Express article here.

Comprehensive Plan in the works for Dripping Springs

A draft Comprehensive Plan for the City of Dripping Springs will be presented at a workshop open to the public on Thursday, September 30th at 6:00 pm in the Dripping Springs City Hall. The draft plan can be viewed here.

If two steps forward had been made in the effort to curtail the construction of wind energy transmission lines in the Hill Country, then one step back was taken last Wednesday (Sept.15) when the Public Utilities Commission (PUC) in Austin cast votes that would slow down grassroots efforts to lessen the impact of those lines or move them out altogether. Read full Fredericksburg Standard article here.

Consolidating planning agencies and establishing county growth management authority top the list of recommendations at the most ECT forum. The third in a series of four forums brought together a diverse group of public and private sector participants to learn innovative regional planning ideas. View the program summary here.

The Texas Water Journal is designed to provide in-depth analysis of Texas water resources management and policies from a multidisciplinary perspective that integrates science, engineering, law, planning, and other disciplines, said Dr. Todd Votteler, the journal’s editor-in-chief and executive manager of intergovernmental relations and policy for the Guadalupe-Blanco River Authority. The first issue has three articles: Climate Change Impacts on Texas Water; Condensing Water Availability Models to Focus on Specific Water Management Systems; and Desalination and Long-Haul Water Transfer as a Water Supply for Dallas, Texas. Online at http://journals.tdl.org/twj

In this New York Times opinion article, Stanley Fish discusses “Windfall;” a documentary recently appearing at the Toronto Film Festival which looks at the impact windmills had on the small town of Meredith, New York. Read full article here.

Watershed health important for all Texans

A Texas Watershed Steward training program will be held from 8 a.m.- 4 p.m. Sept. 21 at the Utopia Senior Center on Main Street in Uptopia. The program is sponsored by Texas AgriLife Extension Service and the Texas State Soil and Water Conservation Board in coordination with the Nueces River Authority. Details

Come learn about the current review of 11 species of freshwater mussels located across the state that have been petitioned for listing as an endangered species. Information will be provided on the process that will be used to review these species for possible listing, the ecology of the mussels and what listing of these mussels could mean to the state. Details

Two questions hold key to future of the aquifer

If the 26 members of the Edwards Aquifer Recovery Implementation Program can reach a compromise in the next two weeks on two cantankerous issues, they may solve a two-decade-old dispute about the allocation of water from the aquifer. Read full San Antonio Express article here.

The Texas Parks and Wildlife Department (TPWD) recently awarded Hays County a $100,000 Texas Recreational Trails Fund grant for public access trails on the 384-acre Howe pasture at Dahlstrom Ranch. The planned trail improvements will provide more than three miles of hiking, jogging, and walking trails on the scenic ranch. In addition, plans are underway to provide educational and interpretive signs along the trail to teach visitors about the natural and cultural history of the ranch and the surrounding Texas Hill Country. Learn more…

Discover the hotspots between Austin and San Antonio – areas poised for investment and boom despite the economic challenges. Find out what is planned, and the opportunities and challenges that go along with the growth. Details

How Devotion to Progress Looks Down on Land Stewardship

“As a people, we get once-in-a-lifetime chances to make a difference by fulfilling our responsibility to the future. The construction of 2,300 miles of really big, industrial transmission lines, on top of 160-foot wide clearcut rights-of-way, fits into the “forever” category.” Read Bill Neiman’s opinion piece published in the Austin American Statesman here.

By Sept 23rd ERCOT is to file a summary of the re-evaluation of the need for the Gillespie to Newton line. Helpful dates, deadlines and timely information from SOSHCE can be viewed here.

Although county authority in this area is limited, this seminar will include 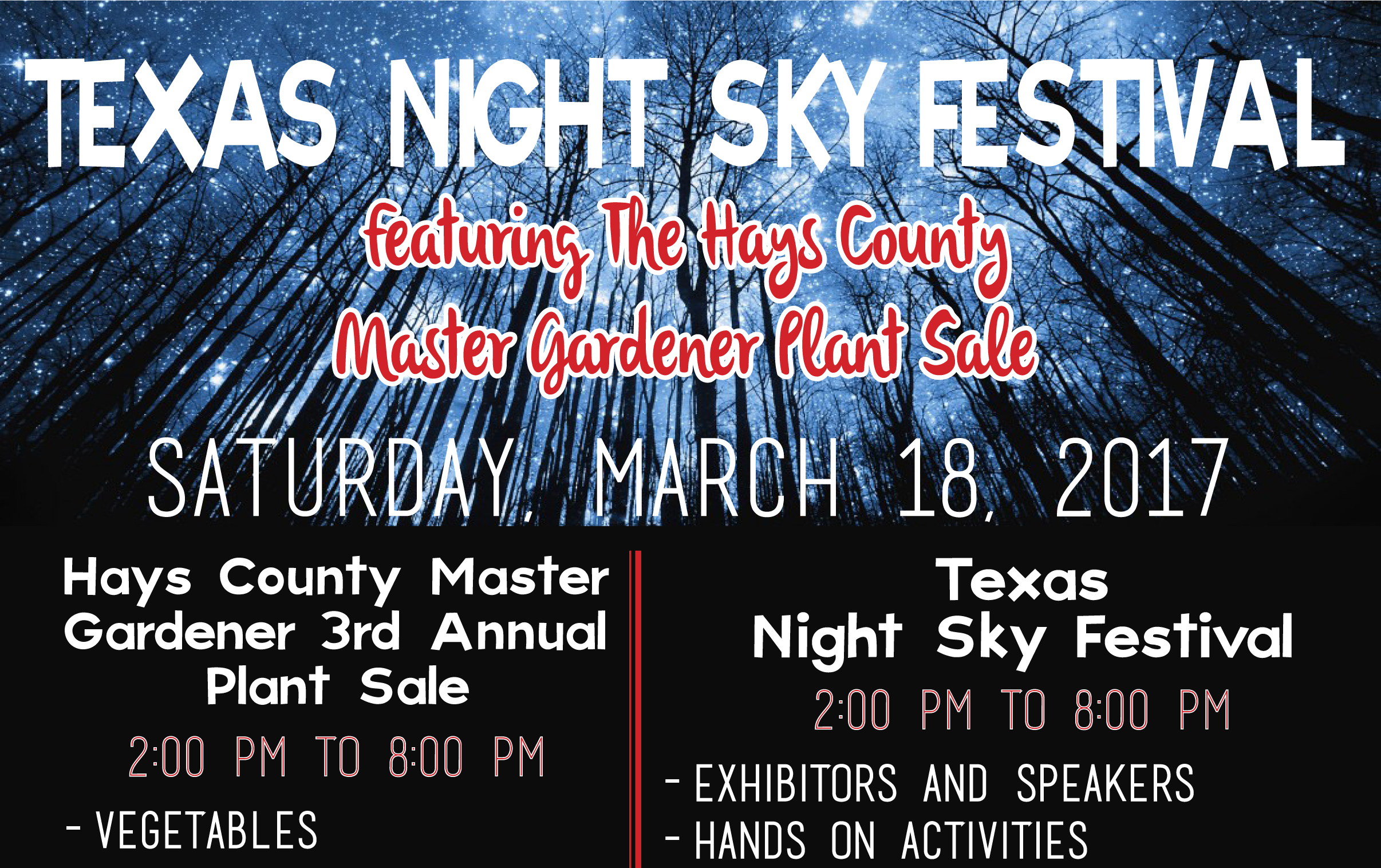 The Texas Night Sky Festival will shine brightly once again
Close to 3,000 people attended the inaugural Festival in 2016. Back for its second year,…
Who Controls Texas’ 2 Billion Water Fund?
“The chairmanship is a posting that could easily tumble into cynicism, to the knowing feeling… 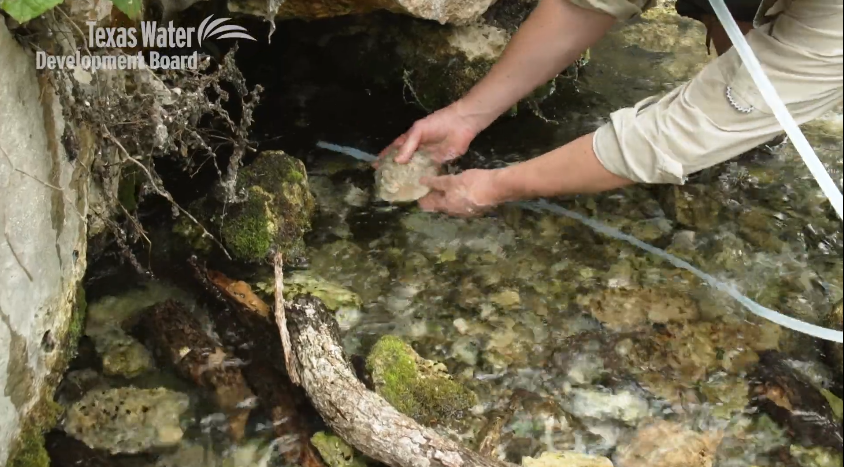 New spring monitoring program assesses the health of the state’s aquifers
Several aquifers across the state are experiencing historic levels of decline; we need to keep…
Get Involved
Donate
Subscribe
Shop
Upcoming Events