Volunteers interested in learning about Hill Country wildlife and contributing to its scientific study are encouraged to become citizen scientists during the Wildlife Field Research “bio-blitz” taking place Oct. 8-13 at the Cibolo Nature Center. Wildlife Field Research is free and open to participants of all ages and skill levels. Learn More

Meeting love for the outdoors

City and county planners may not know if San Antonians discovered a love for the outdoors first or if new hike-and-bike, greenway and paddling trails have fostered a more active community. Regardless, national and homegrown retailers have noticed the Alamo City’s growing demand for outdoor gear and equipment. Read more from SA Express-News.

Lyndon B. Johnson National Historic Park has recently been awarded a grant from the Nation Park Foundation aimed at bringing local students into the park. Learn More

SAWS to Take Water Conservation Outside: Just Say “NO” to Automatic Water Sprinklers

Dana Nichols and Karen Guz are on a mission: if you are one of the estimated 30% of SAWS customers who water regularly with an automatic irrigation system, they want you to turn it off. Better yet: get rid of it. Read more from the Rivard Report.

Studies on the effect of brush control on the amount of water used by vegetation on large areas have shown mixed results. Sometimes brush removal has reduced water use and other times it has not. When removing brush did not result in a reduction in water use, it was because the grass and weeds that grew as a result of brush control used as much water as the brush they replaced. Read more from Go San Angelo.

Make sure you are registered and ready to vote. Take time to learn about where each candidate stands on issues important to the Texas Hill Country such as groundwater management, spring flows, land conservation and the protection of our scenic beauty, heritage ranches and property values. The deadline to register is October 9. Learn More

Non-Edwards sources, such as the Trinity Aquifer and Canyon Reservoir are increasingly being exposed to the demands of the rapidly growing regional population surrounding San Antonio such as in Comal, Kendall and Hays counties. These areas of the Hill Country are subjected to repeated cycles of drought, with few, if any, alternative sources of water. Using water from sources like these for outdoor use to avoid water restrictions in San Antonio is done at the expense of others. Ultimately, it strains the availability of drinking water of others. Read More

New objections are being raised to a major transmission project in the Hill Country that state regulators approved nearly two years ago and now is being built. The Kerrville City Council last month passed a resolution asking the Public Utility Commission to suspend work on the 140-mile line, which is part of the state’s Competitive Renewable Energy Zone initiative. The CREZ calls for 2,400 miles of new lines. Read full SA Express-News article.

A dark night sky full of big bright stars is important here in the Hill Country, just like clean rivers, scenic vistas and natural landscapes. Little by little, light-by-light, the magical mystery of the big Texas night sky is diminishing. But it’s not too late to reverse this trend. Directing lights downward and turning them off when not needed makes make a big difference. Learn now to save energy and money, preserve our night skies and enjoy some star gazing, October 2nd at 7 pm at Star Hill Ranch in Bee Cave. Learn More

On a mission to advance the local food movement, a Democrat from Austin is finding common ground with Republicans and rural Texans. Read more from Statesman.com.

LEARN from leading experts the hows and whys of rivers and riparian function. Leading riparian experts ‐ Steve Nelle and Sky Jones-Lewey team teach these ½ classroom ½ field workshops that are sure to change the way you look at creeks and rivers forever. Learn More

The 2013 Texas Hill Country Calendar captures the spectacular beauty and treasures of the Texas Hill Country. The stunning photography featured throughout the calendar was chosen from over 600 entries in the 6th Annual Hill Country Alliance Photo Contest. “All the photos selected for the calendar not only delight the eye, but convey the fragile relationship we have with the trinity of land, sky and water in the region.” Learn more and meet the winners!

Planning for tomorrow in the heart of Dripping Springs

The Sustainable Places Project (SPP) will host a public visioning workshop Sept. 27 in Dripping Springs. The workshop will feature lively, interactive conversations about the choices faced by Dripping Springs and Central Texas — about housing, transportation, economic development, community health and vitality, the natural and cultural environment, and more. The more Central Texas grows the greater the risk of losing the qualities that attracted people here. Learn More

With Medina Lake just a puddle of its former self, the reservoir’s dam gates are now closed to delay the lake from going dry until it starts to rain — really rain — again. Regardless, the level of the lake, now at roughly 13 percent capacity, is likely to keep falling because of evaporation and seepage. The decision by the dam’s owner to close the gates last week is another benchmark of the drought’s severity and persistence. Read more from SA Express-News.

Service Station in Blanco does its part to preserve night skies

Have you noticed anything different lately about Blanco’s nights? There are more stars out. Why? Stripes has done a complete renovation of the canopy lights on its station on Highway 281, South in Blanco. The renovations are the culmination of several years of persistent efforts by a group of concerned Blanco citizens dedicated to preserving our night skies. Learn More

Maps show where the water shortages are severe

The Texas Tribune continues to create really helpful, current, relevant public resources. See where water systems are especially strained. Remember, not long ago Spicewood Beach ran dry – Public Water System Shortages. And keep an eye on how our reservoirs are holding up. Here in the Hill Country Travis is at 42%, Medina is at 13% and Buchanan is at 48% – Texas Reservoir Levels.

The San Antonio Water System is considering loosening watering restrictions that should make drought-weary residents happy, allowing them, for example, to wash their cars at home on Saturdays. Read full SA Express-News article.

New Braunfels Utilities reported a surge in water use this week after experiencing a dramatic drop the week before when the utility banned the use of sprinklers and irrigation systems. Average daily water consumption by its 25,000 customers dipped to about 11 million gallons last week during the first-ever implementation of Stage 3 restrictions, said NBU spokeswoman Gretchen Reuwer. Read more from SA Express-News.

The Coalition for Equitable Water Rates (CEWR), a ratepayers’ group fighting a proposed 71 percent water-rate hike, said in a press release that it presented arguments recently in a formal hearing of its rate case against Canyon Lake Water Service Co. (CLWSC). Read more from Herald-Zeitung Online.

Save Our Scenic Hill Country Environment (SOSHCE), is a Fredericksburg based community organization formed to protect our region’s scenic value from ongoing threats of wind farms and transmission lines. Their recent newsletter includes the latest on transmission projects, as well as developments on a local, state and federal level that concerned citizens should be aware of. Read SOSCHE Member Updates here and begin receiving their regular newsletter by joining.

Texans looking to experience the beauty and adventure of the Texas Hill Country will find greater opportunity to enjoy the outdoors by camping out at Government Canyon State Natural Area in west Bexar County, beginning this fall. More from TPWD.

Carrying water so precious it has been called liquid gold, the 23 major rivers in Texas flow past pastures and cities, factories and suburbs. These waters have endured the wettest and driest of years, but experts say the rivers’ biggest stresses now come from the multitude of demands from industries, municipalities, agriculture, environment and wildlife. Learn More

Two Austin schools – J.J. Pickle Elementary and Eden Park Academy – are receiving financial assistance to help conserve water resources at their schools and teach students about the value of water conservation. Both schools have been awarded grants by the Rainwater Revival, an annual event that brings together water conservation experts and the public. Learn More

A no-cost Texas Watershed Steward program workshop on water quality and availability issues related to Plum Creek will be held from 8 a.m.-4 p.m. September 11th in the First Lockhart Baptist Church’s Fellowship Hall. The training is open to anyone interested in improving land and water issues relating to Plum Creek. Learn More

Texas lake levels down to 68% of total monitored capacity level 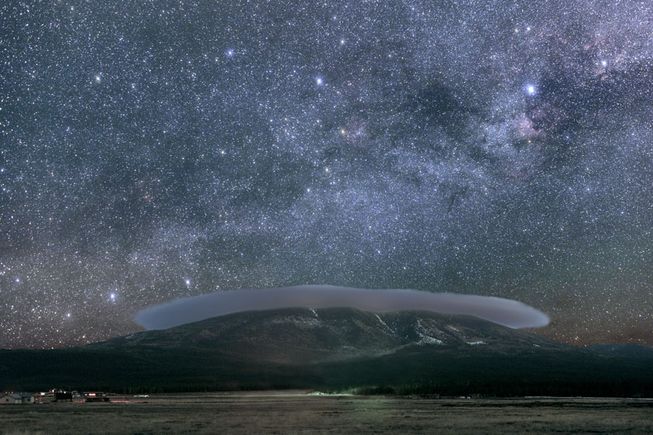 Why dark skies matter
Light pollution not only effects our ability to see the stars at night, but studies… 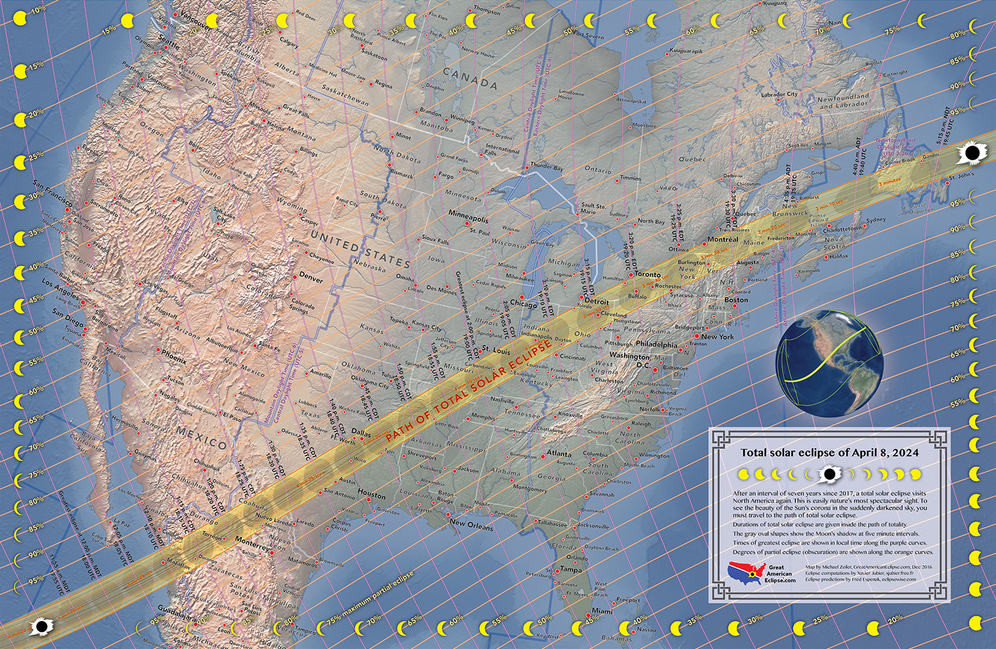 It’s not too early to plan for the Great American total solar eclipse of 2024
Wednesday (Aug. 21) marked the two-year anniversary of the Great American Solar Eclipse, and if…
Meet TWDB’s new Agricultural and Rural Texas Ombudsman
It's a good thing Doug Shaw loves Texas back roads. In just his first six…
Get Involved
Donate
Subscribe
Upcoming Events