The Texas Center for Policy Studies recently launched Our Desired Future, a multimedia project to educate Texans on the interconnections between water above and below ground and what Texans can do to keep water flowing for future generations.

Even as the drought has broken across most of Texas, the long-term overdraft of the state’s groundwater basins continues unabated. Groundwater accounts for 60% of the water used in Texas and a 2014 report from the House Natural Resources Committee recommends that legislators encourage groundwater districts to maximize groundwater production permitting.

Although there is some 500 times more water underground than above in Texas, more groundwater is being produced each year than is being replenished, leading to the overdraft of all of the state’s major aquifers.

The problem of groundwater overdraft not only depletes the state’s most drought-resistant water resources, it also threatens to diminish the reliability of the state’s surface waters. All of the rivers originating within the state emerge from water below ground. As much as 40% of the baseflow of some of Texas’ major rivers comes from groundwater in an average year; in drought years, that figure can be as high as 80%. Groundwater pumping can permanently invert the relationship between groundwater and surface water, causing surface water to disappear below ground–as illustrated by the Rio Grande near El Paso, where the river now loses 6 times more water to the underlying aquifer than the aquifer once provided to the river’s baseflow. For 300 miles below that region, the Rio Grande is effectively dry.

To help Texans understand where their water comes from and how the state’s water resources can be managed for long-term viability, Our Desired Future will be released as a weekly story series over the coming month. The state’s hydrology and water management is explained through the stories of Texans from different regions of the state, including the Hill Country, the Gulf, the Panhandle, West Texas and the Rio Grande Valley. These multimedia stories feature animation, videos, audio, written essays and photography. All media from the project is freely available for use in outreach and education.

In collaboration with the Hill Country Alliance, Our Desired Future has also developed a tool to help users identify whether they live in a groundwater district or if they are in a “white area,” a region where there is no groundwater regulation, and no legal recourse to prevent groundwater owners from causing the wells or springs on neighboring lands from running dry.

The producers are making a 30-minute radio piece freely available for download through the Public Radio Exchange. During the program, listeners meet cave divers who swim into the Trinity Aquifer, visit a farmer who pumps 35 million gallons of groundwater a day and hear from a family who live entirely from the rainwater captured on their roof. The piece is available here: http://www.prx.org/series/34380-our-desired-future

Our Desired Future is a project of the Texas Center for Policy Studies, and was made possible with a generous grant from the Shield-Ayres Foundation and through contributions to our Indiegogo campaign.

Our Desired Future can be found at http://www.ourdesiredfuture.com. 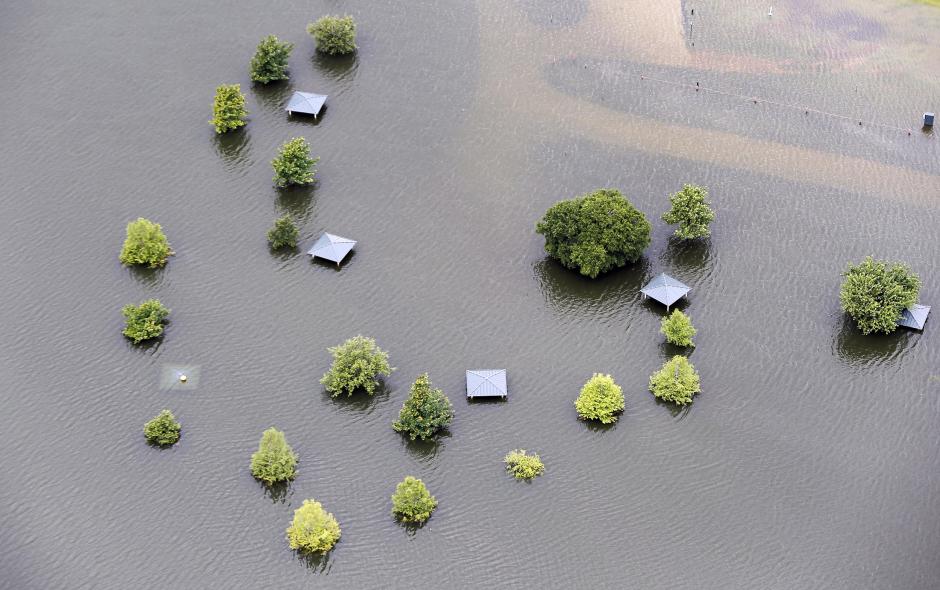 Texas Water Symposium will explore extreme flooding in the Lone Star state
The next recording of the Texas Water Symposium is planned for 7pm on Thursday, November…
San Marcos to offer rebates for rainwater harvest systems
The City of San Marcos Public Works Department is implementing a new program to help…
Hill Country Land Trust to celebrate two decades
The Hill Country Land Trust wants to get the word out about its conservation easement…
Get Involved
Donate
Subscribe
Shop
Upcoming Events