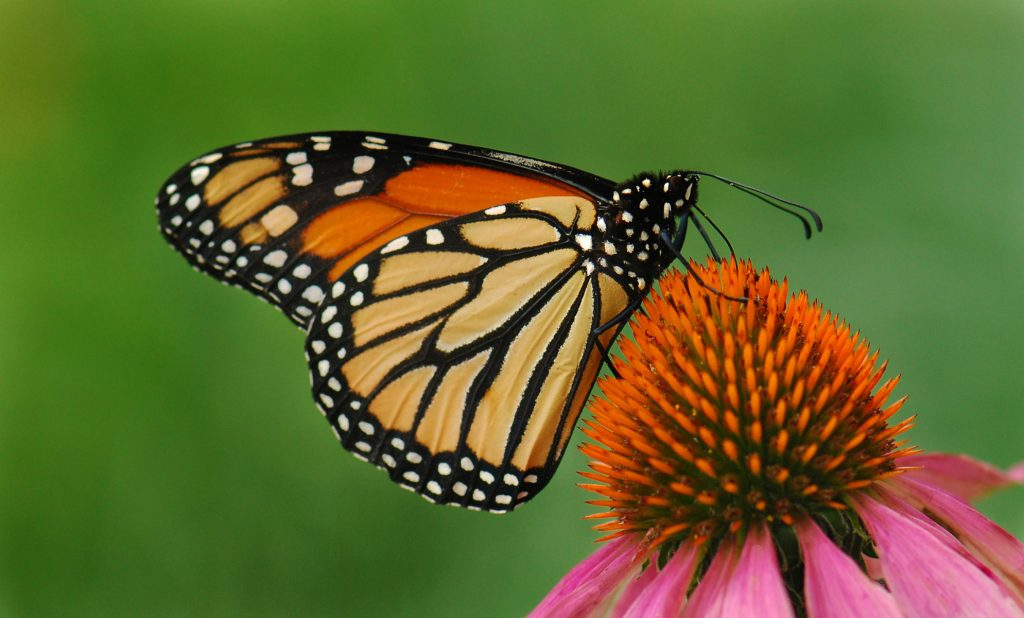 The research will document the monarch butterfly population in Texas and study its migratory habits. The U.S. Fish and Wildlife Service (FWS) is considering placing the butterfly on the federal endangered species list; the research will help continue to fill important data gaps in determining its need for protection.

“If the butterfly is listed many industries important to our state’s economy could be affected, from agriculture to land development to energy production,” Hegar said. “This crucial research will identify best practices for the voluntary protection of the species on private lands.”

The Texas A&M research will evaluate the status of the monarch butterfly in Texas, while specifically studying the species’ lifecycle and the possible existence of overwintering populations, a phenomenon that may occur only in Texas. Research by Sam Houston State will focus on pest and disease threats to the butterfly. The new study will build on previous research funded by the Comptroller and conducted by the University of Texas-San Antonio on monarch butterflies and milkweed and by Texas A&M University-Commerce on the threat to the species posed by fire ants.

The 2013 Texas Legislature appropriated $5 million to the Comptroller’s office to contract with state universities for high-quality research on species under review for listing as endangered. The 2015 Legislature provided an additional $5 million for this research. For the upcoming study, Texas A&M will receive $299,998 while Sam Houston State will receive $207,510.

To protect the Texas economy from the impact of Endangered Species Act regulations, the 2009 Legislature appointed the Comptroller to serve as presiding officer of the Interagency Task Force on Economic Growth and Endangered Species. The task force assists landowners, industries and local communities in working with endangered species issues and assessing their economic impact on the state.

For more information about the ongoing status of endangered species listing and other environmental actions affecting Texas, visit KeepingTexasFirst.

Cape Town residents have drastically lowered their water use, allowing their drought-plagued city to push…